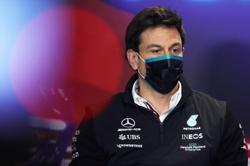 PETALING JAYA: The local motorsports industry is in danger of collapse if races continue to be abandoned.

Motorsports Association of Malaysia (MAM) president Tan Sri Mokhzani Mahathir is aware of the situation as local organisers and teams depend heavily on private sponsors. The absence of races meant that the sponsors could not fulfil their obligations.

The minister had announced that efforts were being made to re-open the sports and recreation sector, which previously had been hampered by the movement control order (MCO).

Mokhzani said the MAM have submitted their proposal urging the government to consider opening up the industry.

“We hope the National Security Council will give due consideration and include motorsports as one of the sports allowed to operate in the current MCO situation.

“We were allowed to operate in an outdoor environment under strict SOP during the recovery movement control order.”

Mokhzani added there would be adverse effects, especially financially, if motorsports activities continue to be prohibited.

The majority of those working in the motorsports industry are paid on a race-by-race basis while riders had to take up e-hailing and part-time jobs to cover the loss of income over the last few months.