PETALING JAYA: After all the gruelling training session over the years, it’s hard to be at home doing nothing much.

Understandably, it’s boring, but national artistic gymnast Jeremiah Loo Phay Xing is looking at the bright side of the situation.

Since March 18, the 22-year-old from Penang has been training at his home as athletes have been encouraged to maintain their physical fitness before resuming training after the movement control order.

Jeremiah has chosen the time to heal as well.

He had picked up a shoulder injury during training on the rings at the National Sports Council Gymnasium in Bukit Jalil in June and aggravated it during the Philippines SEA Games in December last year.

Even with the pain, he qualified in the pommel horse final but finished sixth with 12.600.

“It’s a good time for me to get a good rest and recover from my shoulder injury during the SEA Games, ” said Jeremiah, who was the pommel horse champion at the 2017 SEA Games in Kuala Lumpur.

Jeremiah, however, said he missed all the spinning around in his pet event – pommel horse – and double and triple somersaults in the floor exercise.

“The training is pretty boring at home and lacks fun because of the restriction of gym equipment but the good thing is that I’m with my family, so that’s nice, ” he said.

“I’ve missed the bonding time with my family as I’ve been engrossed with my training in Bukit Jalil.

“Now, I’ve started cooking for my family too, ” added Jeremiah, who follows the training programmes drafted by his coach. 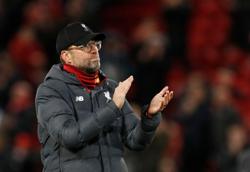 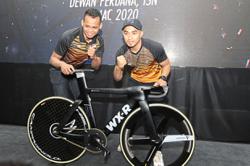 Azizul and Shah get the green light to resume training