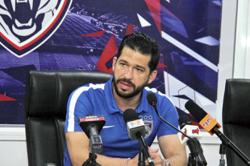 KUALA LUMPUR: Penang goalkeeper Samuel Somerville believes he has worked out the strength of seven-time Super League champions Johor Darul Ta’zim (JDT), describing the Southern Tigers as a team whose speciality is killing off opponents with late knockout blows.

As such, he has warned his teammates to be wary of any late surprises when the two sides meet at the City Stadium today.

Somerville has a point, though. When the two teams first met in March, JDT scored twice late into the match for a 2-0 win.

The 25-year-old custodian, who has only just recovered from an injury, hopes the Panthers will not make the same mistake on home ground and remain focused until the final whistle.

“We can’t afford to switch off for even one minute because we know that it’s never easy when facing JDT. But I believe that with our fans allowed into the City Stadium, it will spur us to raise our game, ” said Somerville.

“We are now fourth in the standings and we hope to continue to perform consistently so that we can, at least, remain in the top four.”

Somerville, who played for the full 90 minutes against JDT back in March, suffered a toe injury when Penang took on Melaka in April.

Although he managed to train with his teammates yesterday after undergoing rehabilitation for a month, there is no guarantee that he will be fielded.

“It was disappointing actually because I haven’t been able to play for a month. But that is only to be expected because of my injury and I hope to be back in action soon, ” he said. “I worked hard to keep up my fitness level throughout my rehabilitation period because the doctor told me that I could do light training, such as cycling.

Although he is itching to take to the field, he knows that the final decision will be up to the coach.

Whether he is fielded or not, he hopes his teammates will heed his warning and don’t let their guards down, especially in the late stages of the game. — Bernama 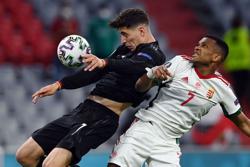 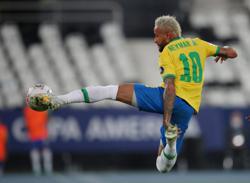