PETALING JAYA: Kedah coach Aidil Sharin lauded the fortitude, determination and professionalism of his players after they downed Perak 3-2 in their final match to finish second in the Super League.

A second-placed finish ensured the Red Eagles the second and last berth in the AFC Cup. Champions Johor Darul Ta’zim clinched the other spot.

But it was not all smooth sailing for the 2019 FA Cup champions as they were plagued by problems over late payment of players’ wages.

They also had to play their home matches in Kuala Lumpur instead of Alor Setar because of the cases of Covid-19 in Kedah.

However, the players showed that they are professionals as they kept the off-field problems aside to win six out of seven matches after the league resumed in August.

Aidil said the team have done well to weather the storm to finish second.

“We have been in a difficult time but the players and officials all managed to deliver the result.

“We wanted a win although a draw would have been enough for us to finish second in the Super League,” said the Singaporean.

“In the first half both teams were too cautious but we knew that we needed to create chances and score goals. I talked to the team during the break.

“I told them that they needed to put their heart and soul into the match for the fans and their family who are waiting for the win. Renan scored a good winning goal.”

The 43-year-old coach is adamant that he will stay on as coach despite being linked to a move to Selangor and Perak.

“I will meet the Kedah officials to see what happens next. My heart is 80%-90% in Kedah.

“I love the players, the fans and the office staff but we still need to sit down and talk. I need to know what’s the plan for next season and so forth. It’s very important for my future,” said Aidil. 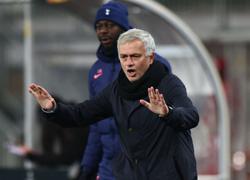