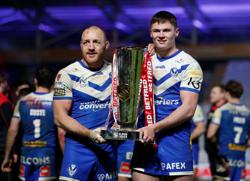 PETALING JAYA: It has been a topsy-turvy season for Melaka but their Nigerian striker Uche Agba is optimistic of giving the Mousedeer reasons to cheer when they face champions Johor Darul Ta’zim (JDT) in the last game of the season.

Melaka, who are eighth in the Super League standings with 11 points, feel beating champions JDT would be the perfect impetus for their campaign in the Malaysia Cup, which presumably will start on Oct 25 or 26.

Before the league resumed on Aug 28, Melaka were staring at relegation when the FA of Malaysia (FAM) docked them three points for failing to settle players’ wage arrears.

Before the Covid-19 disruption, Melaka garnered six points from four matches. When the league resumed, Zainal Abidin Hassan’s men won their first two matches beating Perak (1-0) and Tereng-ganu (1-0) and drew with Selangor (1-1) and Petaling Jaya City (1-1) followed by losses to Sabah (2-3) and Kedah (0-1).

Now that they are assured of seeing action in the Super League again next season, Agba and Co hope to upset JDT at the Hang Jebat Stadium tomorrow.

“We are preparing like any other game, hoping to give our best. As for the strengths and weaknesses of JDT, I think the technical staff will do that and prepare us for the game,” said Agba, who has scored five goals and notched two assists in nine matches for the Mousedeer.

“We have the supporters that have stood by us all through the difficult season. We owe them a win in this game. It is our motivation.

“I look forward to the Malaysia Cup with optimism and believe our position in the standings does not really reflect our true capability.”

Agba admitted that the season was difficult for most of the Melaka players as they had to deal with the points deduction and also the delay in getting their salaries.

Despite the adversity, Agba said all the players acted professionally in their conduct.

“It has been a difficult season for us with lots of challenges but we have done what should be done.”
Article type: metered
User Type: anonymous web
User Status:
Campaign ID: 18
Cxense type: free
User access status: 3 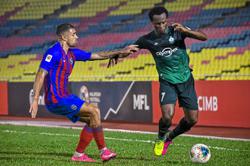