Terengganu training is like candy to Faris of Singapore

PETALING JAYA: Even though Faris Ramli is waiting for clearance to return to Kuala Terengganu, he cannot contain his excitement about getting back to football.

The Singaporean international, who is back in the republic now, said the long wait has been tough for him and he was looking forward to being with his teammates at the Terengganu Training Centre.

“I feel like a kid getting a candy. I cannot wait to be with the team and start training, ” said the 27-year-old.

“Every team I played in the past, there was a different atmosphere each time. I knew some of the Terengganu players before I signed for the team as we had played against each other in different teams.

“We bonded straight away when I started training with them. As for the foreigners, we always get along very well.”

The Turtles, who have played three matches, are eighth in the 12-team standings with four points.

Faris, who plays on the left-wing, is one of the players tasked with getting goals and assists. In three matches, he has so far provided two assists for the Turtles.

The former PKNS and Hougang United winger said it was too early to pick a standout in the team, but based on the tactics implemented by coach Nafuzi Zain, anyone was capable of doing that.

“It’s too early to see or even say who stands out for now. But what I can say is, with coach Nafuzi’s tactical and style of play, any player can stand out whether they want to or not.

“I think we need to think positive and believe in each and every player’s ability even though we have a very young squad. We just have to follow coach Nafuzi’s style of play and work our socks off in every game.”

Faris has lofty ambitions and admits he is aiming to win at least one silverware or get the team into the continental stage.

“We want to give something back to the awesome Terengganu fans. For now, though, let’s take it one game at a time and see where it leads us.

“I feel like it’s a brand new season and it’s anyone’s game. Any team can grab the trophy, especially with seven (eight for Terengganu) matches in a month.

“It’s not going to be easy, but I’m sure with the support of Terengganu’s medical staff and fitness trainer, the players will be able to manage.” 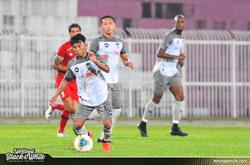 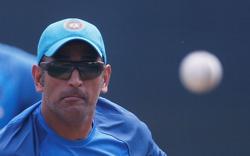 Cricket: Dhoni's IPL team expects him to play until 2022