Vincent does it his way

“THEY think I’m eccentric. Wearing a jacket with my club’s jersey over it. I don’t care, the reason I do it is because I’m patriotic, and that’s why we’ve turned down up to six million pounds of annual shirt sponsorship just to have the words, ‘Visit Malaysia’ on our club jerseys.”

CALL him eccentric, controlling, interfering. Call him whatever you want. Tan Sri Vincent Tan doesn’t care. He’s done it his way and he’s taken his beloved football club, Cardiff City back to the English Premier League (EPL) and that’s all that matters to him.

The Bluebirds’ first match is away to Bournemouth today and the club’s larger-than-life owner sat down with StarSport for an exclusive interview.

“It’s been four years since we’ve been in the top flight, and in many ways we are blessed to be back. Last season the bookies and pundits predicted that we would finish mid-table at best, and now that we’ve been promoted, they’re saying that we will be relegated!” Vincent laughed.

He said there was a difference now compared to the last time the team were promoted to the EPL.

“We have a good manager now and he has a great track record. He has now taken eight teams to the top league,” he said, referring to the veteran manager Neil Warnock.

Vincent should actually be commended for hiring Warnock because it was an inspired move. Warnock was the oldest coach working in Britain at the age of 68 when he was hired in October 2016 to take charge of the 15th club of his 36-year managerial career.

The Bluebirds were in a mess 20 months ago when they were at the other end of the table, but Vincent’s decision to bring the experienced manager to the Welsh capital paid dividends. He guided the team to a mid-table finish at the end of his first season and was the driving force behind an improbable promotion campaign last season despite spending a fraction of the outlay of rival clubs like Aston Villa, Derby and Middlesbrough.

Cardiff, the gritty battlers, are now in the top flight but face a pivotal season. “My KPI to Neil is to keep us in the league,” Vincent said, tongue-in-cheek.

“But seriously though I think we have a good chance because we have learnt the lessons of the past. We have spent about £30mil (RM156mil), probably the lowest in the league, but I think we’ve spent wisely,” he said.

“In 2013, we paid over the odds for players and there was a lot of tension because I had a bad relationship with the manager then, but this time around we all work together, the manager and I have respect for each other. The atmosphere is good and the fans are behind us,” he added.

Vincent is a hands-on owner and is involved in all transfer dealings. During the interview, he confirmed the loan signing of Real Betis midfielder Victor Camarosa.

“I am fully aware of these things because they have to run it by me first and I will only approve these signings after I do some checks,” he said.

The Malaysian tycoon said that he has improved his knowledge of football over the years, but admitted he made some mistakes over the nine years of his involvement with the Welsh club.

“My controversial decision to change the colours of the club from blue to red did not go down well with the fans and I decided to change the team’s colours back to blue,” he said, citing an example of this, adding that he had a strong connection with the fans now.

Over the years, Vincent estimates he has spent a staggering £190mil (RM991mil) on Cardiff.

“This is money I invested and I can’t take back.”

He admits that he has had offers to buy the club, with even his friends and family urging him to sell, but having invested so much time and money into the project, he is not about to budge. At least not yet.

“I hope that the club can remain in the Premier League a few seasons. And if someone came in with an offer after that, with the right price, I may consider.”

Vincent wore his club shirt during the interview and we asked him about the “Visit Malaysia” words on the front of the shirt.

“I have been sponsoring Tourism Malaysia for nine years now. And only one year, did they give us £3mil (RM15mil). I have had offers for shirt sponsorship before but I have turned them down because I want to promote the country,” he said, pointing to the fact that the EPL is broadcast to billions around the world.

He thanked the Sultan of Johor Sultan Ibrahim Ibni Almarhum Sultan Iskandar for helping the club with a £3mil (RM15mil) sponsorship over the last three years, while Cardiff were in the Championship.

“It’s very expensive running a football club in the most competitive league in the world and I hope the Malaysian Government through Tourism Malaysia will help us out. They paid a lot of money for (Barcelona player) Luis Suarez to be our tourism ambassador, but what has he really done to promote Malaysia?

In turn, he acknowledged that more is needed to be done to promote Cardiff City to Malaysian fans.

“I am looking at the Leicester City model. The team are successful and the Thai owner has made them profitable.

“Thais have also taken Leicester to heart, supporting the team. I know that most Malaysians support the big EPL teams like Manchester United, Liverpool and Arsenal, but I hope that we can convince them to have Cardiff as their second favourite team,” he said, adding that he would restart the Cardiff City Malaysian Supporters Club this season.

Vincent said he would love to invite Prime Minister Tun Dr Mahathir Mohamad to visit the Welsh capital again. Dr M was last in Cardiff on his invitation in 2014.

“I know he is very busy now, but if he is in London, we will invite him to Cardiff to catch a game,” he said.

In all likelihood, Vincent will be in Cardiff for their first home game against Newcastle on Aug 18, but he is fully aware that the team’s first six matches are tough ones.

“We have got Newcastle, Arsenal and the champions, Manchester City at home and Bournemouth, Huddersfield and Chelsea away.

“We need to get off to a good start, but realistically speaking, I will be happy if we can get six to nine points from the maximum 18 that’s on offer,” he added.

The Cardiff City Stadium is expected to be at full capacity – 33,000 – for every home game and chances are you will see Tan Sri Vincent Tan with his Bluebird shirt in the chairman’s box. He tries to go for as many home matches as possible, but business interests back home sometimes makes this difficult.

Home is also where his heart is, and the Berjaya Corp founder is trying to give something back to Malaysian football.

He intends to open Cardiff’s academy to talented Malaysian youngsters to train and if possible make the jump to professional level football.

Aris Asri, a Kuala Lumpur-born 18-year old, will be the first to go for trials in Cardiff. The midfielder will be offered an apprenticeship if he makes the grade next week.

“I want to help more Malaysians, but the problem is our world rankings are no where near the Top 50. This is a requirement for professional footballers to be offered a working visa. (Malaysia is currently ranked a lowly 171 in the world).

“Our country needs to do a lot of work to improve. I am willing to work with our new sports minister and FAM to see how we can raise our standards. It’s a shame, because football is the only sport in Malaysia that can fill an 80,000 capacity stadium,” he said.

Having worked with multinational footballers in Cardiff, Vincent feels that we should not shut the door on granting citizenship to talented young foreign footballers.

“Look at countries like Qatar, Singapore and in the World Cup, France and Belgium. These countries opened their doors to naturalised foreigners. We should do the same, these players will inspire our locals and give us the impetus to jump up the FIFA rankings,” he said. 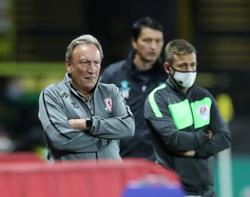 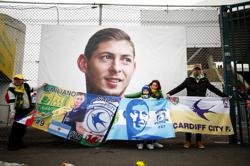