Chance for Pandelela to be first diver to achieve hattrick 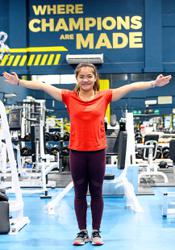 PETALING JAYA: It will be a history-defining Olympics for in-form Pandelela Rinong if the diver can rise above the pressure in Tokyo at the end of this month.

Pandelela, the newly crowned Diving World Cup platform champion, will join an elite club of Malaysian athletes to compete in four Olympics when the diving competition starts on July 25.

The first of two chances will come when she partners Mun Yee in the women’s 10m platform synchro on July 27 and then the individual platform on Aug 4.

Pandelela only placed 28th in her Olympics debut at Beijing 2008 but it was the springboard to an illustrious career on the international stage.

It was in London four years later where she would claim a landmark bronze medal in the 10m platform individual, making her the first Malaysian female athlete to do so.

Pandelela stepped up again with a silver medal in the 10m synchro platform in Rio de Janeiro in 2016 with Cheong Jun Hoong.

The silver is the best outing for Malaysia in diving at the Games.

Pandelela bagged Malaysia’s first-ever Diving World Cup gold medal in May and will be looking to get rewarded again in her second return to Tokyo in three months.

“It gave me a boost of motivation. I know what I need to improve on – (I know) my weakness – to make me better in the Olympics.

“I know that the expectations of Malaysians are very high this time around.

“They just want you to do better, to achieve more,” said the 28-year-old in an interview with the 2020 Games website olympics.com recently.

“I do what I always do, I’m already used to this pressure.

Like the rest of the Tokyo-bound athletes, Pandelela is training under quarantine restrictions in Bukit Jalil for the past one year.

“The country has been under lockdown many times already.

“But all in all, as athletes, it’s our job to just continue training and also to give our best.” 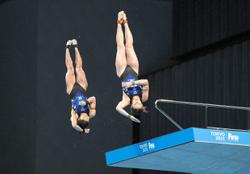 Dhabitah feeling under the weather due to hot weather
Jun Hoong couldn’t mask happiness after timely sponsorship
Jun Hoong delays trip to focus more time on training
Jonathan is the rose among the thorns from South-East Asia
14-year-old Hongchan set to be new queen in diving
Odds stacked against Jun Hoong taming mighty Chinese divers again
Consistency’s the key as Jun Hoong will stick to same routines
‘Freezing’ on big stage is Dhabitah’s worst fear
Eight for China, ache for others?
Li Rui: Dynamic duo Pandelela and Mun Yee to peak at Olympics