Jun Hoong: I wouldn’t be where I am without Zhuliang

PETALING JAYA: It will be a bittersweet year for world champion diver Cheong Jun Hoong.

After claiming a historic first for Malaysia by winning the women’s 10m platform gold medal at the World Aquatics Championships in Budapest, Hungary, in July, Jun Hoong never expected a bombshell to hit the Malaysian divers five months later.

Her long-time coach, Yang Zhuliang, will leave the team after Dec 31 as his contract under the Podium Programme will not be renewed.

Australian Christian Brooker will come in to assist Zhang Yukun to run the elite diving squad. Jun Hoong finds it hard to accept that she won’t be training under Zhuliang any more.

The 27-year-old from Perak is one of the senior members of the national diving team. She has spent 13 years in the national team, having trained under Huang Qiang and Zhuliang before winning the world title.

“I feel very sad after the news, I could not even accept the decision at first.

“But I will have to face the facts eventually and accept the reality of life.

“If this is the final decision, I wish coach Yang (Zhuliang) that he will be happy and healthy in the future.

“He is tired after putting all his effort into the team all these years,” said Jun Hoong, who partnered Pandelela Rinong to deliver an Olympic silver medal in the women’s 10m platform synchro in Rio last year.

“I’m very lucky and I feel grateful to have Yang as my coach. He has brought me to where I am today.

“I would not have won the Olympic silver medal and world diving champion title without his years of dedication.

“The world recognised him without explanation.

I respect him, he deserves my admiration, perhaps even my awe and I will never ever forget his dedication.

“Best wishes to him from me,” added Jun Hoong, who will prepare for the Gold Coast Common-wealth Games and the Jakarta Asian Games next year.

Zhuliang gives his version of why contract wasn’t renewed 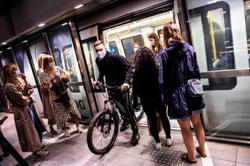