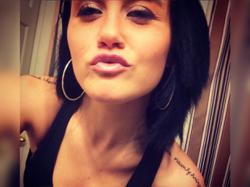 PETALING JAYA: Those who know Josiah Ng will realise that his passion for cycling has no boundaries.

So it will come as no surprise when the former track cyclist named his daughters Keirin and Athena.

On Tuesday, Josiah took to Facebook to announce the arrival of his second daughter, Keirin Ng Ai Ying.

His first daughter Athena was named after the city where he became the first Malaysian cyclist to compete in the final.

“Athena was named after my first Olympic Games in Athens (2004) where I battled in the keirin final,” explained Josiah.

“Now, I welcome Keirin Ng Ai Ying to this world!

“My wife (Natthakritta Saengkla) chose it as she wanted our girls to have a meaningful story behind their names.

“My mom gave her Chinese name Ai Ying which means “loves to win”.

“Keirin loves to win... makes perfect sense doesn’t it?” he continued in his posting, adding that his wife and daughter were fine.

“Nattha is an amazingly strong woman by choosing natural birth. I am super happy and relieved that all went well. Now, on to the job of raising two beautiful girls,” added Josiah, who is the coach of Sarawak cycling team for the Malaysia Games (Sukma) next year.

Josiah represented the country in three Olympics – in Athens, Beijing 2008 and London 2012. 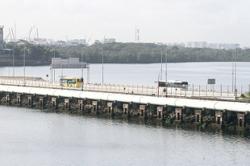