Off on the right foot

PETALING JAYA: NTT Pro Cycling’s Maximillian Walscheid geared up for the Le Tour de Langkawi (LTdL) in style by living up to his favourite’s tag and winning the Criterium International in Kota Kinabalu.

The German crossed the finish line just ahead of Terengganu Inc-TSG Cycling Team’s Harrif Saleh in the 90km race held on a 5km circuit around Kota Kinabalu while Australia’s Blake Quick of the St George Continental Cycling Team came third in the bunch sprint.

The peloton had earlier been split into two groups, which included some of Walscheid’s teammates and only grouped together for the bunch sprint two kilometres from the finish line.

“We came here to collect some points but it was a good feeling to finish the first race of the season with a victory here, even though it is not a UCI event, ” said Walscheid.

“We want to continue in the coming days in the same way, but we will take each stage as its own race.

Walscheid will literally stand tall when the 25th edition of the LTdL flags off in Kuching today. The German, who stands at 1.99m and is the tallest rider in the peloton, will be out to give his team a flying start.

Malaysia will be banking on Harrif to register victories in the flat stages of LTdL, especially when the race moves to his home state of Terengganu for Stage 2 tomorrow. 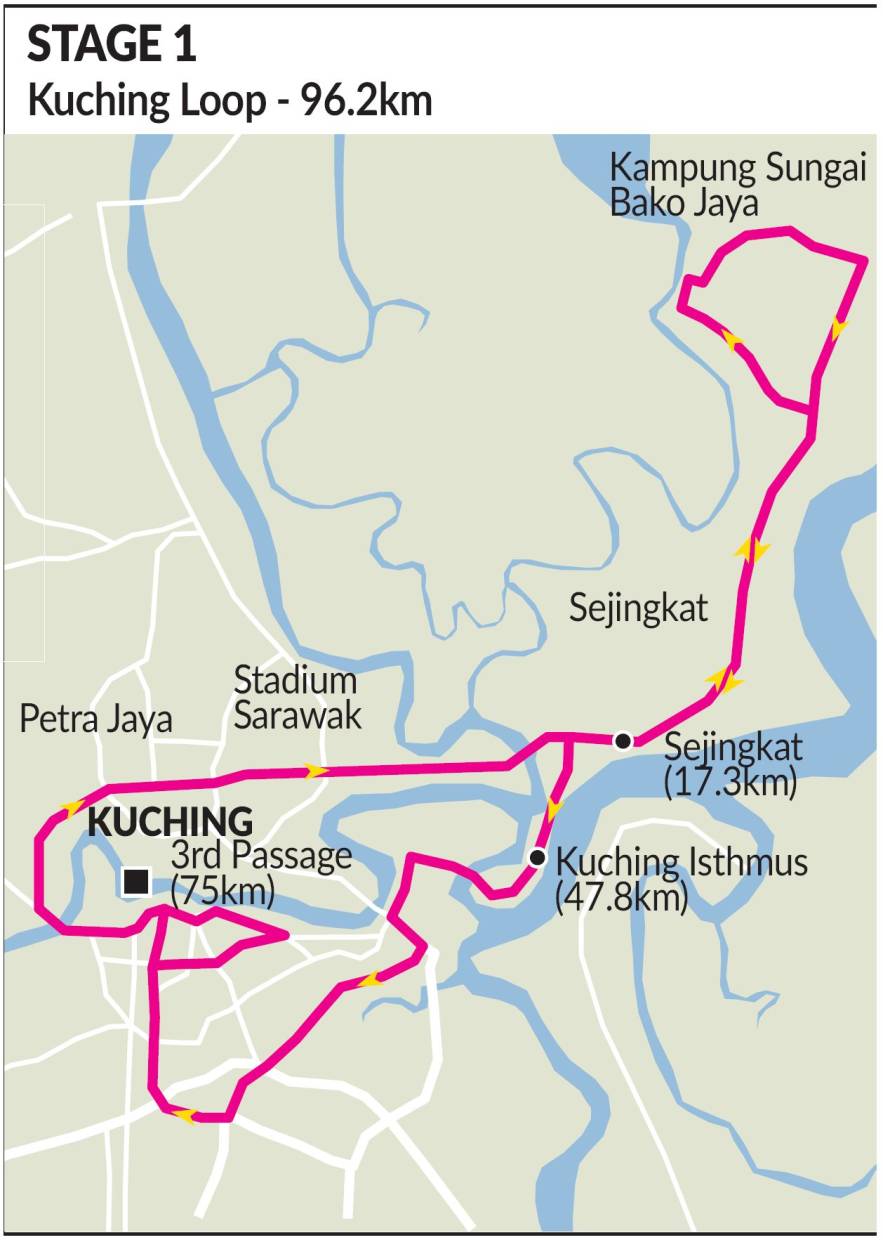 He would have had his confidence boosted by how close he came to victory yesterday and will be all out to do well in the LTdL.

“I told my team we want to take the win here today and I was confident.

“But in the final sprint I left it too late to jump, but when we arrived at 200m to go, I realised it was time to close in but not enough for the win, ” said the 31 year old Harrif.

The opening stage in Kuching will see the race held in East Malaysia for the first time since 1998.

The 96.2km stage in a loop around Kuching will be flagged off the the city’s own Padang Merdeka, taking the peloton past the state’s administrative centre of Petra Jaya, the Sarawak Stadium, the Demak Laut industrial area, Sejingkat and into a loop around Kampung Sungai Bako Jaya, before heading back to Padang Merdeka again via Sejingkat, Kuching Isthmus, Taman Bunga Teratai and the Spring Shopping Mall.

After Kuching, the tour will move across the South China Sea to Kuala Terengganu for the second stage which will then take the peloton across the west coast of the peninsula.

The race will end in Langkawi on Feb 14 and the post-race Malaysian International Classic race around Langkawi will bring an end to the festivities on Feb 15.