PETALING JAYA: Veteran newsman Tony Francis has died at the age of 73 this morning (Dec 21), confirmed his former colleagues.

The legendary former sportswriter and then editor-in-chief of the English daily worked for the newspaper from 1967 to 2002 before moving on to other publications.

After his retirement, Francis was the editor of Golf Digest with Blu Inc.

He later joined Malay Mail as the editor-in-chief. He also worked as a consultant with motoring magazine Top Gear.

Francis was well known in the industry as he had covered two Olympics (Korea 1988 and Barcelona 1992) and three Fifa World Cups (Germany 1974, Berlin 2006 and South Africa 2010), besides a host of international events like the Thomas Cup, SEA Games and Asian Games.

He was reported to have ghostwritten Indonesian badminton great Rudy Hartono's column and befriended Muhammad Ali during the Ali-Joe Bugner world heavyweight fight in Kuala Lumpur in 1975.

In 2015, Francis was inducted into the Olympic Council of Malaysia (OCM) Hall of Fame.

His colleague and close friend Tony Mariadass said: "He was my boss for only four years in the early 1980s when I was a rookie sports journalist at the Malay Mail and was responsible for my growth as a sports journalist and being in the industry all these years.

"Tony was a true journalist moving from sports to news and heading the news desk at the NST and later back at the Malay Mail.

"I am going to miss him greatly, as I have always kept in touch with him, have regular conversations with him and we message each other almost every day," he added.

Veteran journalist R Nadeswaran said: "He was the journalists' dream editor – always counselling, advising on both official and personal matters. A great guy and team man." 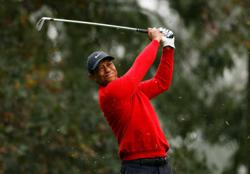