Their hope was to deliver a gold but the girls – Li Jane, Esther Cheah, Siti Safiyah Amirah Abdul Rahman and Natasha Roslan – gave their heart and soul in a competitive field to finish third. 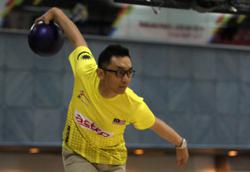 Men on a roll, but women have to roll up their sleeves
Rafiq wins fourth gold for nation in Hong Kong
Natasha hopes to rise above pressure in Masters event
Ben comfortable in new role as head coach
Bowlers end 15-year wait to win men’s team event
Mistakes prove costly as women miss out on bronze
Rafiq and Co blaze lanes to win gold at Asian Championships
Roll it like Syaidatul – ASA aim to unearth new bowling gems
Timmy believes it’s not over for the Malaysian camp
Gillian tells teammates to stay focused on medal hunt