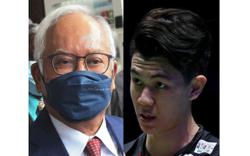 This is following the Badminton World Federation (BWF)’s decision to ban two youngsters from China – Zhu Junhao and Zhang Binrong – for fixing matches during the Orleans Masters, China Masters and Swiss Open in 2019.

The 23-year-old Junhao and 20-year-old Binrong were suspended for two years from August 2021.

Chong Wei applauded the world body for getting them young.

“I’m happy that the world body are doing thorough work on this at every level. Not only the top players are the target but the young ones are also not spared,” said the three-time Olympics silver medallist.

“This is the right thing to do as gambling and match-fixing kill the sport and destroy the good image. Players should know that there is no shortcut to making money or success.”

In the report concluded by the BWF’s Independent Hearing Panel, Junhao and Binrong had accounts with a betting company and were betting on their own matches.

The panel have evidence, which include a conversation between Junhao, Binrong and a third party.

A screenshot of a conversation by Junhao to a third party stated (after translation), “We have all figured out/negotiated....”

On a question is there one tonight? He had replied, “Yes, there should be, if there is I’ll let you know, and then I’ll ‘fool’ around during the match.”

Both players did not appeal although they had initially defended their cases by saying it was their parents who had opened the account with the betting company to place bets on their matches.

While irked that players are involved in the menace at a young age, Chong Wei hoped that Malaysia’s aspiring players would not do such a thing.

“Malaysia are now focusing on junior players. They are given opportunities to compete in many tournaments. I truly hope that they will not be lured by any parties to be involved in match-fixing,” said Chong Wei.

“In fact, they should expose it if they know others are doing it. It’s every player’s responsibility. It’s our duty to keep the sport clean.”

Meanwhile, Chong Wei encourages all national youth players to chase after their dreams and not give up easily.

“We’ve seen some of our juniors in action in several back-to-back tournaments over the last four months.

“Some did well in some tournaments but some didn’t but I hope they won’t be too hard on themselves,” said Chong Wei.

“Some of them just need time to establish themselves. As long as they continue to work hard, stay committed and play the sport with the right intent, they will reap success eventually.” 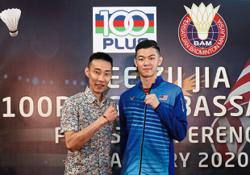 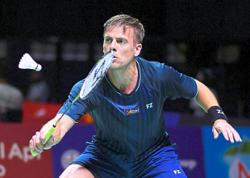 Left with a tall order
Punishment ‘an outright disaster for badminton’, rants Vittinghus
Harsh decision a loss to nation, not just players, says Ewe Hock
‘I’m not the issue here’
Broken, but with time and space Zii Jia will fix it
Anna and Mei Xing just one step away from success
Seek compensation from Zii Jia's sponsors, don't bar him from competing, Najib tells BAM
Amicable solution between BAM and Zii Jia to be sought, says Youth and Sports Minister
Sports minister ready to play middleman role in thorny issue
BAM tell of three unrealistic requests made by Lee