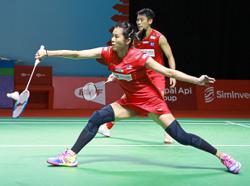 PETALING JAYA: Could this be the beginning of the end for Malaysia’s most decorated mixed doubles pair Chan Peng Soon-Goh Liu Ying?

The world No. 8 didn’t seem like they have recovered from their dismal campaign at the Tokyo Olympics after suffering a shocking first-round exit at the Denmark Open in Odense yesterday.

In Tokyo three months ago, the Rio Olympics silver medallists ended their second Olympics outing without a single win from their three matches.

Although they look like they are past their prime, Liu Ying had said previously that they would play on at least until the end of this year before making a decision on their future.

In the men’s doubles, world No. 8 Aaron Chia-Soh Wooi Yik showed no signs of fatigue as they kicked off their third tournament in as many weeks with an easy 21-17, 21-9 win in just 23 minutes against Ruben Jille-Ties Van Der Lecq of Holland.

The win set up a last-16 meeting with Japan’s Akira Koga-Taichi Saito, who were stretched to the limit by compatriots Keiichiro Matsui-Yoshinori Takeuchi 21-18, 19-21, 21-14.

Professional shuttlers Goh V Shem-Low Juan Shen were the other Malaysian pair in action but they found reigning Olympics champions Lee Yang-Wang Chi-lin of Taiwan simply too hot to handle.

Meanwhile, national singles ace Lee Zii Jia survived an early scare on his first return to the World Tour since his All-England triumph. 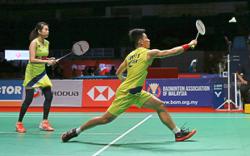