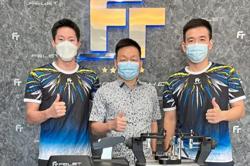 PETALING JAYA: Independent shuttler Low Juan Shen could not have asked for a tougher draw on his first return to the World Tour after 20 months, but he’s savouring the challenge.

The 27-year-old, who forged a new partnership with Goh V Shem, will open their Denmark Open campaign against world No. 3 and reigning Olympic gold medallists Lee Yang-Wang Chi-lin of Taiwan at the Odense Sports Park today.

“It’s the worst possible draw I would say, but I must say I’m quite excited,” said Juan Shen, who last competed in the Thailand Masters with Nur Azriyn Ayub in January last year.

“V Shem and I have prepared well and we’re looking forward to putting all our hard work in the past two months to test against arguably the best men’s doubles pair in the world at the moment.

“We have nothing to lose, we just need to give our best and see where it takes us.

“With (former partner Chooi) Kah Ming, we have played Lee Yang-Chi-lin twice in 2019 and lost in rubber games on both occasions. Obviously, they are now playing at a much higher level than they were, but we will try to give them a good fight.”

Juan Shen-V Shem will kick off their journey as a pair with plenty of motivation after learning that they have also made the cut for the back-to-back events in Bali next month - the Indonesian Masters (Nov 16-21) and Indonesian Open (Nov 23-28).

“Instead of three events in Europe (including next week’s French Open and Hylo Open in Germany), we now have five tournaments for us to start with,” said Juan Shen.

“Hopefully we can convert these opportunities into good results so that we can push our ranking up fast.

“We have our sponsors to thank – Burning Pit, Biolux and Mashiba – without them I don’t think we would be able to go on tour with peace of mind. We will try to justify their faith in us.” 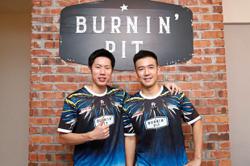