Young and old: Lee Chong Wei with Lin Dan (right) and Bao Chunlai (behind) when they were still junior players (from Chong Wei's Facebook). The other when Chong Wei and Lin Dan enjoyed a close rivalry as the world's top singles players for more than a decade.

PETALING JAYA: None came close in comparison to the rivalry between China's Lin Dan and Lee Chong Wei of Malaysia at the Tokyo Games.

What made them distinct and how can others emulate them?

Despite a commanding head-to-head record over Chong Wei throughout their fascinating rivalry, legendary Lin Dan revealed that the Malaysian remained his most feared rival.

Lin Dan has prevailed 28 times in 40 meetings but his notable victories include denying Chong Wei in the finals at the 2008 Beijing and 2012 London Games, as well as at the 2011 London and 2013 Guangzhou world meets.

But the 37-year-old Lin Dan, who retired last year, said the way his rival swept aside his opponents nonchalantly prior to their match had left him unsettled.

"Apart from the pressure of playing in a major competition like the Olympics, I also faced tremendous pressure from him," Lin Dan said in a live chat hosted on Douyin video-sharing platform which also featured Chong Wei on Monday, the same day when Viktor Axelsen of Denmark defeated Chen Long of China to win the men's singles gold in Tokyo.

"I realised that Chong Wei will adopt a really fast attacking play in the quarter or semi-final rounds.

"So, you can imagine the pressure he's giving me. His condition is always tip-top."

And the feeling is mutual as Chong Wei recalled how Lin Dan has haunted him throughout his career.

The 38-year-old Chong Wei even joked that he thinks about his nemesis more than his wife Wong Mew Choo.

"During my career, I have always been thinking about him, even more than my then girlfriend (Mew Choo)," quipped Chong Wei.

"You can't possibly avoid thinking about him because he's always a top target.

"If I want to win a championship, whether it's the Olympics or a SuperSeries event, I know I've got to beat him."

Chong Wei said it has always been tough facing Lin Dan in the latter stages of a tournament because he has to deal with his compatriots in the earlier rounds.

"It was really tiring taking on these top Chinese players and sometimes I felt like giving up in the final against Lin Dan," added Chong Wei.

"Back then, the Chinese team were always well represented in men's singles. I remember in one tournament I had to play against four of them from the early rounds until the final.

"I think I have played four generations of Chinese shuttlers leading up to my retirement. From Xia Xuanze and Chen Hong, then those in my batch such as Lin Dan, Bao Chunlai and Chen Jin, Chen Long and lastly Shi Yuqi."

Lin Dan quipped: "Chong Wei, now you know it was not easy for me too. I had to always be on my toes against so many of my compatriots."

Both of them then burst into laughter. 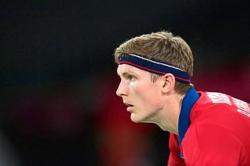