After stomping “The Minions” Kevin Sanjaya-Marcus Fernaldi with an emphatic 21-14, 21-17 win, world No. 9 Aaron Chia-Soh Wooi Yik have set their sights on toppling towering Chinese duo Li Junhui-Liu Yuchen to become only the third Malaysian men’s pair to reach the Olympics final.

Aaron-Wooi Yik’s brilliant display against the Indonesians has kept Malaysia’s proud doubles tradition of having representatives in the semi-finals at the Games. 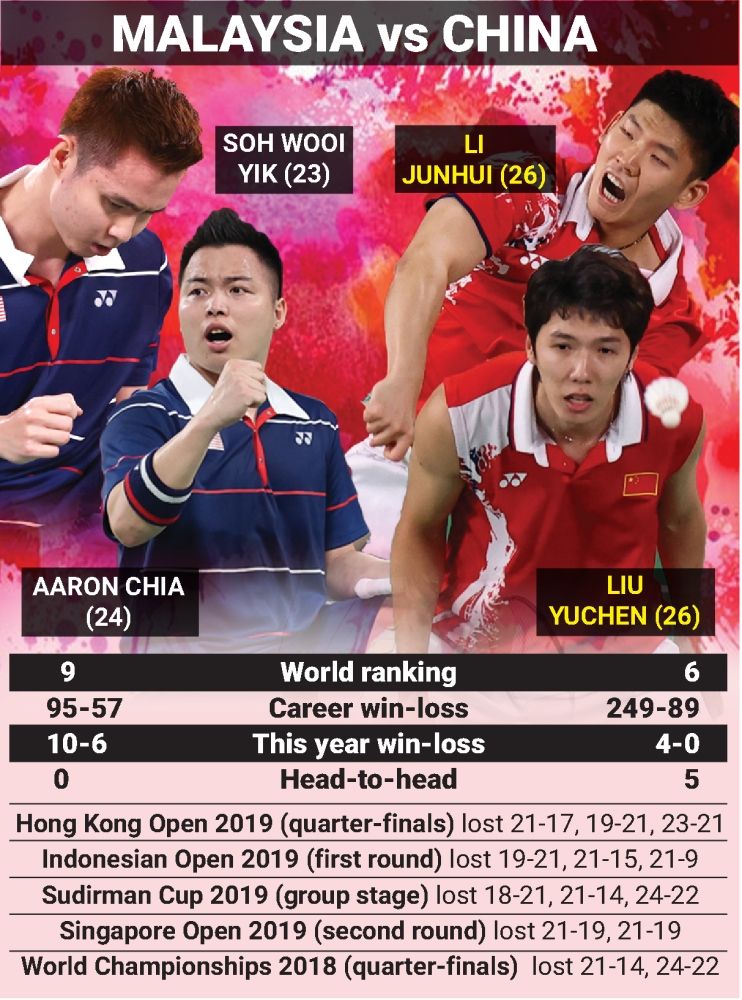 With the exception of Athens 2004 and Beijing 2008, Malaysia’s men doubles have always made it to the semi-finals.

The Sidek brothers, Razif and Jalani, started the ball rolling in Barcelona 1992 when they won a bronze as the losing semi-finalists.

At the 1996 Atlanta Games when the bronze-medal playoff was introduced, Malaysia had two pairs in the semi-finals - Cheah Soon Kit-Yap Kim Hock and Tan Kim Her-Soo Beng Kiang. Soon Kit-Kim Hock made it to the final while Kim Her-Beng Kiang lost in the semi-finals.

Aaron-Wooi Yik’s goal for now is to reach the final, although they realise that Olympics glory is within reach.

“This is only the beginning,” said Aaron, who refused to get carried away by their first win over the world No. 1 Indonesians after eight attempts.

“There are still a few tough battles ahead... we will not slack off because of today’s (Wednesday) success.

“To all Malaysians they can rest assured, Wooi Yik and I will prepare ourselves to perform better until we achieve the final goal.”

On their breakthrough win, Aaron hailed it as the “best of their career”.

“It wasn’t only our biggest win, it has to be our finest performance so far.”

Said Wooi Yik: “I still can’t believe it but we did play well today. We had the right strategy and game plan and I think the keys are good communication with my part- ner and self-belief.”

“They must ride on the momentum,” said V Shem.

“Having upset the top seeds and making it this far, they won’t feel any pressure.

“All they got to do now is think of how to deal with their next opponents.”

V Shem, however, added that the pair must tread with caution against Junhui-Yuchen, who stand at 1.95m and 1.93m respectively.

“Speaking through experience, the Chinese are very good with high shuttle and open game, so Aaron and Wooi Yik will want to avoid doing this so that their opponents will not have a chance to use their powerful smash,” he said.

“But overall, I think Aaron-Wooik Yik shouldn’t have much problem matching their game. It’s all about executing the right strategy.”