KUALA LUMPUR (Bernama): National top singles ace Lee Zii Jia is one match away from clinching a maiden All England title after overpowering Mark Caljouw of the Netherlands 21-13,21-17 in Birmingham Saturday (March 21).

Sixth-seeded Zii Jia was in majestic form as he swept aside the Dutchman in straight games at the Utilita Arena.

The Caljouw was no match for Zii Jia in the first game but the Dutchman was a transformed player in the second as he trailed by just a point - 10-11 - at the interval.

Caljouw pounced on Zii Jia’s hesitancy to take a 16-15 lead but that was the wake-up call the 22-year-old from Alor Setar needed as he regain his composure, fight back and storm home 21-17.

With this win, Zii Jia has bettered his All England record. Last year, the Malaysian fell short when he lost 21-17,13-21,19-21 to eventual winner Viktor Axelsen of Denmark in the last four.

Zii Jia will now meet the winner of the all-Danish clash between second seed Axelsen and third seed Anders Antonsen in the other semi-final, which will be played later Saturday night (Sunday morning Malaysian time).

This will be Zii Jia’s best chance to win silverware after enduring a disastrous start so far this year.

He began the year by losing to second seed Chou Tien Chen of Taiwan in the quarter-finals of the Yonex Thailand Open before crashing out in the first round at the hands of India’s Sameer Verman in the Toyota Thailand Open back in January.

Zii Jia’s poor form continued when he lost all his three matches in the Badminton World Federation (BWF) World Tour Finals, also held in Bangkok in the same month, before being shown the exit by eighth seed Kunlavut Vitidsarn of Thailand 18-21,10-21 in the semi-finals of the 2021 Swiss Open earlier this month.

The last time Malaysia tasted a victory in the All England was in 2017 when Datuk Lee Chong Wei overpowered Shi Yu Qi of China 21-12,21-10 in the men’s singles final. - Bernama 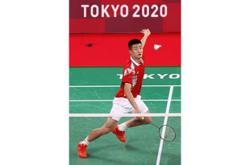 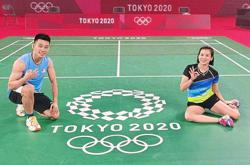 Quarter-finals poser after Aaron-Wooi Yik lose to Hendra-Ahsan
Chan-Goh won’t go down without a fight against Chinese pair
Jonatan has late brother in mind as he guns for glory
Chong Wei: Stop the abuse, show them support
Solid as a rock
Online abuse of our Olympic heroes uncalled for, says Chong Wei
Early Olympics exit for Peng Soon-Liu Ying after loss to German pair
Fresh from win, Aaron-Wooi Yik feeling upbeat against Hendra-Ahsan
Peng Soon-Liu Ying not giving up despite opening game setback
Greysia-Apriyani exact sweet revenge over nervous Malaysians