That’s the score on how dominant the Taiwanese pair are over our players after defeating world No. 15 Ong Yew Sin-Teo Ee Yi in the Group A opener of the World Tour Finals in Bangkok yesterday.

It was their second successive defeat and third overall to the world No. 7 pair after also losing in the quarter-finals of the Yonex Thailand Open two weeks ago.

Lee Yang-Chi-lin also prevailed over Goh V Shem-Tan Wee Kiong and Aaron Chia-Soh Wooi Yik to the title of the first and second Thailand Open in the previous two weeks, inflicting a third defeat in a row on both pairs.

The other Malaysians who have lost to Chi-lin-Lee Yang, who teamed up in 2019, were Low Juan Shen-Chooi Kah Ming (twice) and Low Hang Yee-Ng Eng Cheong (once).

Ee Yi lamented on their second game meltdown where they also squandered a game point at 22-21.

“We should have taken it to a third game. But we didn’t manage the situation well at 12-14 up in the second game. They are a great pair and very experienced. We gave our best, however it was not enough, ” said Ee Yi.

The defeat leaves Ee Yi-Yew Sin needing to win their remaining round-robin matches against England’s Sean Vendy-Ben Lane and Marcus Ellis-Chris Langridge if they hope to finish in the top-two.

In Group B, Aaron-Wooi Yik got off to a flying start by powering past South Korea’s Choi Sol-gyu-Seo Seung-jae 21-14,21-19 and they will be seeking to punch an early ticket to the semi-finals with a win over Russia’s Vladimir Ivanov-Ivan Sozonov today.

Despite being the stronger pair on paper, Aaron is taking nothing for granted after seeing the world No. 24 Russians go down fighting 18-21,21-15,17-21 to Indonesia’s No. 2 Mohammad Ahsan-Hendra Setiawan.

“As I said before, you can underestimate no one in the Finals. Ivan and Vladimir are former All-England champions and still one of the best pairs in Europe, we need to prepare really well to beat them, ” said Aaron.

“It will be our first meeting. We’ve got to defend well because these guys are brilliant in attacking.”

In women’s doubles Group A action, Chow Mei Kuan-Lee Meng Yean prevailed 21-16,10-21,21-15 after battling for 66 minutes against compatriots Vivian Hoo-Yap Cheng Wen to underline their status as the national No. 1.

Up next for them is Indonesia’s world No. 8 Greysia Polii-Apriyani Rahayu. 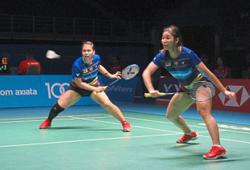 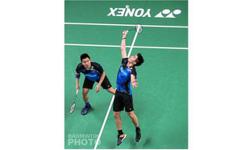