The 23-year-old Aaron believes Japan’s world No. 5 Yuta Watanabe-Hiroyuki Endo’s style of play was worth emulating as they have a strong defensive approach which could help upstage the world No. 1 Indonesians.

Aaron and his partner Wooi Yik have lost in all seven meetings against Kevin-Marcus but Watanabe-Endo have beaten the Indonesians in their last six meetings dating back to April 2019 – the latest being the All-England final in March.

“We probably have to learn a thing or two from Watanabe-Endo if we want to beat Kevin-Marcus,” said Aaron.

“Although our playing style is different, we can always incorporate some of their good points into our game.

“They beat Kevin-Marcus six times in a row and that is just phenomenal, I don’t think there’s any other pair in the world right now capable of doing that.

“I have observed how Watanabe-Endo played against them. It’s their defensive prowess that gives them the edge. It’s so hard to break their defence.

“Also, they have amazing patience. They can be so calm even during crucial moments.”

Former international Tan Boon Heong had previously told Aaron-Wooi Yik to strengthen their defence if they are to stand a chance against Kevin-Marcus.

“You have to work on your defence. If you can withstand their attack, then you probably stand a chance,” said Boon Heong.

“They are way too quick on the front court, so a counter-attack game plan may be one of the best options.

It’s imperative that the world No. 9 Aaron-Wooi Yik break Kevin-Marcus’s stranglehold if they are to start contending for titles when the badminton season resumes in September.

Kevin-Marcus proved to be a stumbling block for Aaron-Wooi Yik this year by eliminating the Malaysians four times – in straight games – in the last three months. 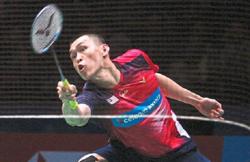 Some will play along, some won’t to 11x5 point system 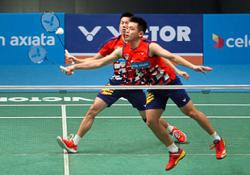