No more scars, and Momota’s ‘more handsome than before’

PETALING JAYA: Expect Japan’s top singles star Kento Momota to return to the badminton scene in September without any scars on his face and with a renewed determination.

The two-time world champion has literally gone for a facelift while waiting for the badminton season to begin after it was suspended since the All-England in March due to the Covid-19 pandemic.

The minor plastic surgery is done to remove the scars after he recovered from a road accident that killed his driver and injured four others while in transit to the Kuala Lumpur International Airport, hours after winning the Malaysian Masters in January.

He initially returned to training a month after the accident but had to go for a surgery in Tokyo after complaining of having double vision. Fortunately, though, his problem has been fixed.

Japan’s chief coach Park Joo-bong said the break due to Covid-19 had been a great blessing for Momota.

“He has been training with his club during this period and we’ve been monitoring him. He is in good shape and in fact, he looks more handsome than before, ” said Joo-bong with a smile.

“He took this opportunity during the lockdown to go for a plastic surgery. There are no scars whatsoever on his face.

“He has also been working out. According to our report, he has done well to control his body fat, in fact, his physical condition is better than before.

“Fortunately, for Momota, the Olympic Games has been postponed to next year as it certainly has given him the time to heal and recover completely.

“He is now just waiting to resume centralised training, ” he said.

“If the situation is okay, our top players will probably start in September.

“Kento may not start by playing in three tournaments in a row, probably it will be the China and Japan Opens but we’ll finalise it all later.” 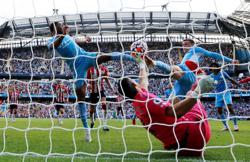 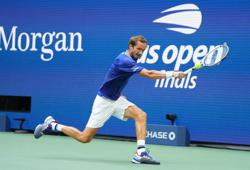