Jack: Get to the root of the problem first, BAM

Jack says the national body’s plan to hire a supremo to revive their junior set-up isn’t going to change anything.

Instead, he feels that in order to move forward, the BAM have to revamp their entire system and structure.

“I don’t see there’s any need for BAM to bring in a supremo for the junior team. One person won’t make a difference,” said Jack, who left the BAM in 2006, four years after winning the boys’ doubles silver with Tan Bin Shen at the World Junior Championships.

“I’ve lost count of how many supremos and coaches have joined and left, and then re-employed again since 1996 ... Morten Frost, Datuk Misbun Sidek, Rashid Sidek, Yap Kim Hock and Zhou Kejian, just to name a few. Some were deemed not good enough when they left, only for BAM to rehire them years later.

“BAM just keep repeating the cycle. It’s obvious the problem is with the management who does the hiring and firing.

“Has anyone at the top ever taken any responsibility for the mistakes they have made? None. Instead, it’s always the coaches who are made the scapegoat.

“So, it’s the whole system and even the constitution that need to be reviewed.”

Jack also pointed out that the BAM slacked in producing quality juniors in recent years because they do not have good working relationships with the Ministry of Education (MOE) and professional clubs.

“The MOE are doing a good job by actively holding competitions at the district, state and national levels while BAM have their own age-group tournaments and other junior leagues. Then, there’re also professional clubs,” said Jack.

“But there’s no coordination among the three pillars. Everyone is running their own business. It’s imperative that all come together as one for the sport to move forward.

“BAM have obviously done a great job in the past, but not now. We can no longer rely on Bukit Jalil Sports School as the one centre of excellence.

“That’s why I feel that they have not evolved. They are still sticking to their old ways of doing things.”

Jack also wants the BAM to promote meritocracy and fairness so that the best and deserving junior players get to represent the country at international meets.

“There are many young talents who are untapped. That’s what I can sum up from the just concluded Purple League Junior,” said Jack.

“I was in awe of the standard of some players in the newly-introduced Division Three, they are on par with the state players.

“We had a total of 23 clubs in the league, including from Sabah, Sarawak and Labuan. Are there enough efforts made by BAM to tap talents from East Malaysia as they do have quality shuttlers!

“There are more players beyond BJSS but are they given the right platform to shine?” 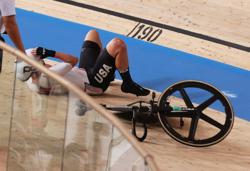 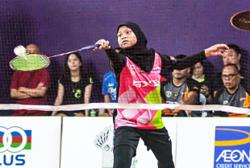