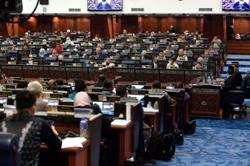 THE Human Rights Commission of Malaysia (Suhakam) notes the Court of Appeal's decision on Aug 5 in the case of Government of Malaysia vs Suriani Kempe & Ors, which overturned the Kuala Lumpur High Court decision of Sept 9, 2021, which allowed Malaysian mothers with a non-Malaysian spouse to confer citizenship to their foreign-born children through operation of law.

Suhakam wishes to express its disappointment on the recent Court of Appeal decision which will negatively impact, not only Malaysian mothers but also their children, particularly in meeting their basic needs including access to medical services, education, citizenship and other rights guaranteed to all Malaysian citizens under Malaysian law.

Suhakam recalls the Government's commitment under the Convention on the Rights of the Child (CRC) and the Convention on the Elimination of All Forms of Discrimination Against Women (CEDAW), and its commitment to ensure that domestic legislation should affirm the principles of equality between men and women without any discrimination and to protect and fulfil children's basic rights.

As a country that has ratified both instruments, Malaysia should implement the principle of bona fide to ensure the principles of the instruments are implemented and applied in Malaysian laws with sincerity in both intention and action, instead of ratifying without any intention to see it through.

The Council of Rulers had, on Nov 23, 2021, approved the recommendation to establish a Committee to work on the amendment of Article 14(1)(b) of the Federal Constitution (Committee) and noted that the Committee was expected to present the outcome of its consultations and research within six months.

However, the six months have since passed, and no such presentation has been made to date. Suhakam stresses the importance for the amendment to Article 14(1)(b) of the Federal Constitution, and any delays in doing so is a deliberate negligence of meeting the rights of women and children in Malaysia.

Many children are separated from their families and even suffer mental health issues due to the uncertainties relating to the status of their citizenship; which is not in line with the intent and spirit of the "Malaysian Family" concept.

Malaysian women are also forced to migrate to foreign countries because their children are not accepted in Malaysia.

Suhakam urges the Government to expedite its earlier proposal to amend Part II of the Second Schedule of the Federal Constitution towards the realisation of Malaysia's commitment, in line with Malaysia's current membership on the UN Human Rights Council and its responsibility to achieve gender equality and fulfil the rights of children.

Suhakam also supports the obiter dictum of His Lordship Datuk Nantha Balan ES Moorthy that status quo should be maintained for the overseas-born children of the six Malaysian mothers who had earlier obtained their Malaysian citizenship papers, until such time the Federal Court decides on their appeal.

The applications of other Malaysian mothers who had applied citizenship for their overseas-born children but were not party to the earlier lawsuit, should be put on hold and not rejected.