Deadly strikes: No building, new or old, is safe from lightning. To protect their buildings, owners are advised to instal a lightning protection system that fully complies with the MS-IEC62305.

THE 169-year-old Serkam Pantai mosque in Melaka, which was struck by lightning recently, shows that no building, new or old, is safe from this destructive natural phenomenon.

The minaret of the mosque was reportedly damaged by a lightning bolt, resulting in parts of the masonry falling through the adjacent roof and dropping onto the main prayer hall. Fortunately, no one was injured since most of the morning congregation had left the mosque by then. Had it happened 30 minutes earlier during the dawn prayer, one or more people could have been seriously hurt by the falling debris. 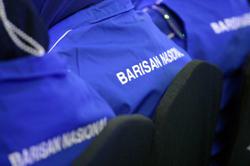