Get the facts right on Lynas and Australian government

These claims are false. The Australian government did not request the Malaysian government to remove or change the conditions in the six-month licence Lynas was granted on Aug 15,2019.

In fact, the Australian government welcomed the decision by the Malaysian government to grant Lynas a six-month licence and a three-year licence in February 2020. Likewise, Lynas announced it expected to satisfy the new conditions in its licence.

Sin Chew Daily and The Star published my letter on Aug 16,2019, praising the Malaysian government’s pro-science decision for signalling that Malaysia is a safe destination for serious investment in advanced manufacturing.

The regulation of industry in Malaysia is a matter for the Malaysian government. All Australia has ever asked is that these decisions are based on scientific evidence, in various Malaysian government and international studies, which shows Lynas is intrinsically low-risk and well-managed. 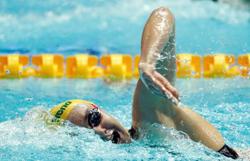 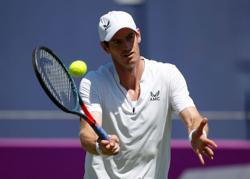 Non-Malay vice-chancellors in public universities will reflect us as a multiracial nation
Yes, let's have non-Malay vice-chancellors and more diversity in the civil service, too
The European Union and Asean are natural partners and have a common agenda
Promote awareness of first aid and CPR
Continuity of care essential for good health outcomes
Frontliners still not vaccinated
Tap pharmacists to vaccinate too
Vulnerable elderly people are being overlooked
Bersih 2.0: Reconvene and empower Parliament to fight Covid-19 collectively
Government’s crisis plan will take us to next phase of recovery and beyond