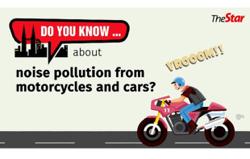 THE fallacy of noise pollution is that it is not as harmful as air or water pollution. It’s only when one becomes a victim of never-ending noise pollution that one realises the gravity of the problem. Long exposure to very loud noise can cause stress, anger and also affect our hearing.

Noise pollution caused by errant motorcyclists is a matter that needs urgent attention, especially in residential areas that are located near main roads.

In some residential areas, especially low – and middle-income neighbourhoods, noise pollution from motorcycles is a problem that has not received much attention from the authorities.

At Taman Puncak Saujana, Kajang, the dual carriageway that is the main access road to Sections 2 to 6 seems to be a racing track for motorcyclists, some of whom are under-age and would not have a licence. These motorcyclists take pride in revving up their engines, causing unbearable noise, much to the annoyance and anger of people living near the road.

Some bikes are actually tiny kap chai that have been modified to boost the noise level.

Motorists, especially motorcyclists, should be more responsible and not emit excessive noise from their vehicles when using main roads near residential areas. There may be babies who are sleeping or people who are ill, or some may simply wish to have peace and quiet after work and during weekends.

Residents at Taman Puncak Saujana have been besieged by this noise pollution problem since 2011 when the housing area was opened. They called the Kajang police countless times to report the problem. Patrols were conducted, but these gradually fizzled out and the errant bikers are now back to business as usual.

There are two ways to solve the problem – education and enforcement. Some mat rempit and adult bikers may simply not have civic consciousness in them. Therefore, the relevant authority should educate motorists on the importance of peace and quiet in residential areas and the psychological pain caused by errant motorcyclists.

Mainstream and social media could also be co-opted in this educational exercise. When no one complains about or highlights this issue, noise polluters will think it is okay for them to continue with their behaviour.

The second way is, of course, through enforcement. Nationwide, Road Transport Department officials and the police should strictly enforce the law on allowable noise limit for vehicles. Carry out random patrols and impose hefty fines and demerit points on motorists caught using vehicles that emit noise beyond the allowable limit. These fines could be used to organise remedial classes to inculcate civic consciousness into the offenders.

During a visit to Guilin and Guangzhou, China in 2018, I noticed that most motorcyclists there rode battery-operated bikes, thereby killing two birds with one stone. Firstly, the motorbikes are silent and, secondly, they emit no smoke. In combating noise pollution from motorists, especially motorcyclists, China seems to be genuinely serious in becoming a progressive nation. 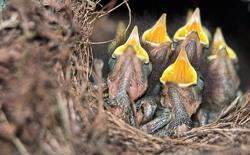 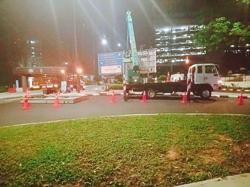