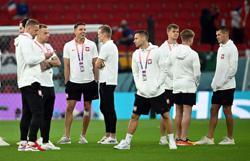 In some French towns and cities, the noise level of motorcycles will be measured by a new breed of safety cameras. — AFP Relaxnews

A noise camera targeting the loudest motorcycles will be officially inaugurated on Tuesday, Jan 4 in Saint-Lambert-des-Bois in France’s Yvelines region, west of Paris. The idea is to identify the owners of vehicles exceeding a certain tolerated noise threshold, particularly due to modified exhaust pipes. In the future, offenders could face a fine.

France is about to try out its first noise cameras in a bid to combat noise pollution from vehicles. Note that this decision forms part of France’s Mobility Orientation Law (loi d’orientation des mobilités), passed in 2019.

After a first phase of tests, a full-scale experiment is being launched at the beginning of the year in Saint-Lambert-des-Bois, west of Paris, on a section of the RD46 road. At the same time, trials will take place in seven other towns and cities around the country (Bron, Nice, Paris, Rueil-Malmaison, Saint-Forget, Toulouse and Villeneuve-le-Roi).

A special device was developed to record this antisocial vehicle noise, equipped with a 360-degree camera and four microphones. Developed by Bruitparif, this jellyfish-like noise camera named “Méduse” can, in theory, identify vehicles with excessively high noise levels, including at night, by recording their license plate details. These cameras will be installed first and foremost in urban areas where the speed limit is 50 km/h. The so-called trial period should last about two years.

For the time being, France’s noise cameras are designed to act as a preventive measure and will not yet result in fines. In the long term, a maximum decibel level will have to be set. According to Le Parisien, fines could then amount to €135 (RM636).

The devices’ first targets are motorcycle riders who have tampered with their bike, particularly with the exhaust pipe, which is illegal. In fact, each recent model of motorised two-wheeler has a maximum authorised noise level written on its registration card.

Note that some particularly noisy cars could also be in the sights of the authorities.

Noise cameras or sonic radars have also been tested in certain locations in Canada, the UK and the US. – AFP Relaxnews 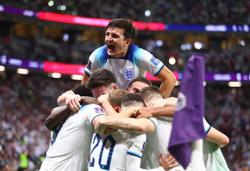