This historically important site must be preserved 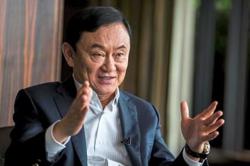 I REFER to “Baling Talks venue in sorry state” (The Star, Jan 11; online at bit.ly/star_baling).

As a former pupil of SK Tunku Putera, I read with deep dismay that the site of the historic Baling Talks is in a state of disrepair due to the apparent lack of action and foresight by relevant authorities. It is particularly disappointing to learn that the special gallery where the event took place is in a deplorable state due to the weather and passage of time.

I fondly recall that when I was enrolled in the school as a Standard Six pupil way back in 1969, my parents and older relatives told me that it was the very venue where the late Tunku Abdul Rahman Putra Al-Haj led a delegation to hold talks with Chin Peng and his Communist colleagues. At the time of my enrolment, the school was known as the Tunku Putra English Primary school.

If I am not mistaken, the 6A classroom in which my classmates and I sat for our lessons was the venue where the talks took place. I also recall headmistress Mrs Eng and the other teachers would often remind us about the school’s historic significance and that we should all strive to live up to its good name by doing well in our studies. If I am not mistaken, the building where Chin Peng and his delegation slept later served as the head teacher’s living quarters.

I agree with Rahim Ismail of the Kedah Army Veterans Association and Brig-Jen (Rtd) Datuk Mohd Arshad Mohd Raji of Persatuan Patriot Kebangsaan that the relevant authorities should take steps to preserve the building, as it is an important part of our country’s history. I also concur with the view that although the National Heritage Department does not own the building, it should use its network to raise funds for the venue’s conservation.

While it is laudable that the state Education Department recently applied for funds from the Tourism, Arts and Culture Ministry to restore the gallery, it begs the question why this was not done earlier. At the same time, perhaps the Baling District Office could also do its part to help raise funds for conservation work. After all, the site is a popular venue for visitors to the district. 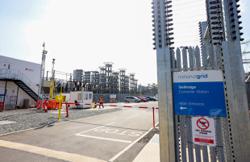 Miti committed towards assisting local furniture industry in opening up in emerging markets
What price would you pay for nature’s services?
Are nano spray gun sanitising liquids safe?
Compassion not punishment
No substitute for joy, experience of physical classes
Penalty for corruption should be more severe
Tap on folklore to help build the nation
Don’t rob Peter to pay Paul
No foreseeable end to plastic pollution
eTrade continues to help participating SMEs overcome pandemic woes