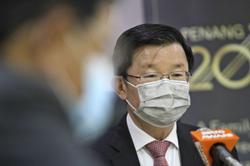 There’s been much agitation and kopitiam talk about reports that Malaysia is falling behind its regional neighbours in attracting foreign direct investment (FDI), including supposedly losing out on key strategic investments.

Some point to a June 2020 United Nations Conference on Trade & Development as the basis for the grim talk: “Foreign direct investment to developing economies in Asia ... is projected to decline by up to 45% in 2020”. The report also highlighted that Indonesia, Singapore and Vietnam received more than 80% of the US$156bil (RM626.7bil) in FDI that Asean countries pulled in 2020. Only 5%, or just US$7.8bil (RM31.3bil), went to Malaysia – which of course doesn’t seem to augur well for us.

Some of the specific (and inaccurate) examples of investments that are making the rounds on social media and messaging apps include the following:

> Samsung Electronics intending to shift its display production operations from China to Vietnam – this has actually been officially denied by the company; for the record, Samsung already has six factories and two research and development centres in Vietnam.

> Apple, through manufacturing partner Foxconn, is moving only some – ie, not all – of its iPad and MacBook assembly lines to Vietnam from China as part of its “parallel supply chain” strategy. This means that there’s scope for other regional countries such as Malaysia to attract the rest of this production network in the global value chain.

> Tesla is building a factory in Indonesia and even contemplating a SpaceX launchpad there – in reality, talks between the Indonesian government and the electric vehicle and clean energy company are still ongoing.

> Amazon is investing US$2.8bil (RM11.2bil) to build a localised data centre for its cloud computing services in West Java, Indonesia. Data localisation would minimise the potential for aggressive tax avoidance (transfer pricing) for companies such as Amazon. But should Indonesia decide to join the Comprehensive and Progressive Trans-Pacific Partnership (CPTPP), the advantages gained from data localisation will be diluted because the CPTPP has an in-built bias against data localisation.

While news of these investments is inaccurate, nonetheless, Malaysia cannot afford complacency. The following are policy measures that could ramp up Malaysia’s efforts to attract FDI in the face of rivalry from regional competitors.

> Firstly, we must increase domestic direct investment (DDI) and strengthen our small and medium-sized enterprises (SME) base. A new policy vision is called for in which the existing policy paradigm is turned on its head with SMEs at the forefront, acting as a catalyst for economic and employment growth. This would also benefit government-linked companies and foreign investors as the spillover effect is reversed.

One way to do this is to boost and strengthen SME linkages and production networks in Asean, enabling SMEs to contribute towards intra-Asean trade and investment flows as well as regional integration. Furthermore, SMEs in Malaysia, Singapore, Thailand and Indonesia should enhance cooperation and involvement in, for example, the Indonesia-Malaysia-Thailand Growth Triangle and the Singapore-Johor-Riau Growth Triangle.

There should be an Asean Industrial and Economic Masterplan (paralleling the Asean Connectivity Masterplan 2025, for example) that apportions and designates production networks and supply chain bases along the competitive edges and advantages and strategic locations of member states. So that, for example, Vietnam’s manufacturing lines and zones for electrical and electronic products are fully integrated with Malaysia’s.

Other policy steps would include the resuscitation of cross-border listings, such as the Asean Trading Link (set up in 2012) by building upon the Asean Capital Markets Forum for cross-border offerings of collective investment schemes. The revival of the Central Limit Order Book that was banned without any warning set against the backdrop of the Asian financial crisis previously should perhaps be reconsidered as part of a ringgit stabilisation strategy.

> Thirdly, increase fiscal deficit to invest in DDI, including in research and development (R&D), and generate loose full employment.

It’s recommended that a macro-economic strategy with jobs creation – including as part of the spillover effects of R&D in green and renewable technologies – at its heart be part of the government’s priority for the next five to 10 years, even as the low-touch economy and digitalisation and automation increasingly become the new normal with Covid-19 as the impetus.

Fiscal consolidation in the medium-term, important though that is, will have to be modified and adjusted according to business cycles and therefore shouldn’t be considered as cast in stone.

If there’s to be a new national consensus of the next phase in national development, let it be one that’s renewed by confidence – avoiding the twin extremes of isolationism/autarky and over-dependence – that we have what it takes to make that leap and transformation as a nation. 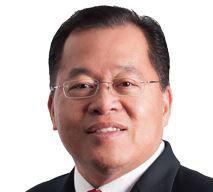