Malaysia is not prepared for an ageing society 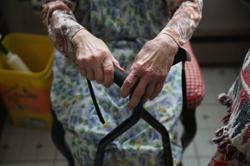 THE Consumers’ Association of Penang (CAP) urges the government to prioritise the needs of the majority of the country’s ageing population instead of encouraging the construction of retirement villages that serve only a small segment of society.

Senior citizens are prone to financial instability as they are often considered “unemployable” because of their age. At the same time, health problems (particularly chronic and debilitating illnesses) as well as escalating healthcare costs negatively impact their finances.

In September, it was reported that half of all Employees Provi-dent Fund (EPF) contributors have savings of less than RM50,000 for their retirement. Even if someone were to live on just RM1,000 a month, that will only last the person about four years. Worse, EPF has previously stated that 90% of rural households and 86% of urban ones have no savings let alone money to finance healthcare or pay to live in a retirement village.

NGOs are providing a range of services, from supporting individuals in their own homes and operating day care centres to providing residential homes for those who need institutional care. However, as long as an elderly person is relatively healthy and physically independent, the best thing is for him/her to remain integrated in the community – but the community must have facilities to accommodate his/her needs, such as unobstructed passages and gentle ramps, etc.

Hence, we call upon the government to adopt universal design, a framework for designing living and working spaces and products to benefit the widest possible range of people, to use in the widest range of situations without the need for special or separate designs or spaces. A simple example is the inclusion of ramps in all buildings.

Singapore’s Housing and Building Board (HDB) has been proactive in this matter. HDB incorporates universal design so that its housing projects accommodate residents of all ages, from children to the elderly, with ample community spaces.

To give just two simple examples, HDB projects have fitness facilities for every age group regardless of their health condition. Lift buttons have Braille markings to ensure that the visually impaired are not left out.

Our call is in line with the prediction that by 2030, Malaysians aged 60 and above are expected to make up 15% of the population; compare this with a population comprising only 3% aged 65 and above in 1970. The country must begin addressing the needs of older people now as this percentage will only grow at an accelerated rate in the years to come.

Malaysia will not be able to address the problems caused by a declining birth rate and a growing ageing population if it does not start now. We urgently call upon the government and the private sector to adopt universal design.