A Sept 13, 2020, photo of a party worker putting up flags for the Sabah state election. Sabahans must remember to stick to the SOP when voting tomorrow (Sept 26) if the state is to have any chance of stopping the number of Covid-19 cases from rising further. — ZULAZHAR SHEBLEE/The Star

After what appeared to be initial success in containing Covid-19 infections in Malaysia, the number of new daily cases began climbing back into the three-digit range in early September 2020.

This can be seen in Sabah, especially on Sept 11, 2020, the day before the many political parties participating in the state election tomorrow (Sept 26, 2020) put in their nominations. On that day, Sabah recorded the highest infection rate from the Benteng Lahad Datu cluster with confirmed cases reaching 300 – the highest jump in more than three months.

Although Health Ministry director-general Dr Noor Hisham Abdullah warned that the coronavirus reproduction number (Rt) in Sabah is above 1.0, this did not prevent candidates from campaigning throughout the state and it looks like they will continue to do so right until polling day tomorrow. To put it simply, the Rt number is the average number of people in a population who can become infected by a “spreader”. An Rt value of below 1.0 is generally considered safe, as it shows that the outbreak is likely to peter out. However, an Rt figure above 1.0 means an outbreak is growing or even accelerating.

Many politicians stood side by side, without keeping the minimum physical distance of at least 1m to 2m apart. Their supporters also carried out campaign activities without observing physical distancing measures.

Judging by pictures on social media, some of these political gatherings could have been attended by more than 250 people, which violates the standard operating procedure (SOP) during the recovery movement control order (MCO) period.

Even though the Rt figure for Sabah has fallen from 3.72 on Sept 8 to 3.16 on Sept 11, and thereafter to 1.70 as at Sept 13, this does not mean that we can relax our guard. A figure of 1.70 is still high, indicating that, on average, each infected person could spread the disease to 1.70 other people, who would then further spread the disease to others.

Keeping this in mind, Sabahans have to be mindful of the Covid-19 safety measures on polling day tomorrow.

Apart from the Benteng Lahad Datu and Tawau clusters, Laut and Pulau in Sabah’s Kunak district have emerged as new clusters. Added to this are previous clusters in Selamat and Bakau in the Semporna district. As at Sept 21, there are 1,129 confirmed Covid-19 cases, including those in what is known as the “Quarters” cluster in Tongod. Sandakan is the newly-discovered sixth cluster.

If Covid-19 cases continue to rise exponentially in Sabah, the government could reimpose the enhanced MCO, as in the early stage of the pandemic, when almost everything is locked down. This will pose further hardship to the citizens’ livelihoods and also the country’s economy.

While it is quite a relief the Sabah election will be over soon, Sabahans must still keep public health safety in mind during post-election gatherings and victory parades by using more online engagement and outreach. Social media engagements are cost effective and can be effective in reducing the risks of local transmission of the coronavirus.

Candidates who prefer to have face-to-face post-election gatherings and victory parades must strictly follow the SOP by limiting crowds to 250 people – even better, keep it 50 people to further minimise risks. To control the crowd effectively, political parties should consider implementing an online registration system before letting the public attend gatherings in person. This would reduce the risk of contagion by allowing for physical distancing measures to be applied effectively and properly.

In addition, public health authorities have to remain alert to ensure that Covid-19’s transmission and infectivity links are broken and weakened.

Sabahans have to remain resilient, strong and disciplined by strictly complying with the SOP and staying at home if there is no reason to go out. With the combined efforts of political parties, health authorities and voters, Sabah can flatten the curve of infection, further reducing the number of Covid-19 cases within the state.

Note: The letter writer is a research analyst at Emir Research, an independent think tank focused on policy recommendations. 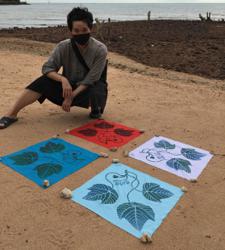 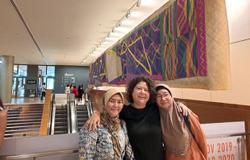 How are Kak Julitah and Kak Roziah doing in Sabah?