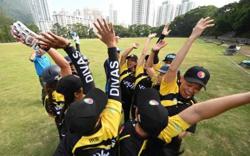 This case highlights the extreme vulnerability of so many domestic workers to the relentless abuses of their employers.

Although very little is known about the victim in this case, we understand that her employers, a mother-daughter duo, are being investigated under Section 12 of the Anti-Trafficking in Persons and Anti-Smuggling of Migrants Acts 2007.

Thanks to a High Court ruling last year, a precedent was set for undocumented migrant workers to have the right to pursue claims for unpaid wages.

We urge the relevant authorities not to apply the immigration law on the victim who has already endured so much pain and suffering and has not gained at all from her trafficked-in circumstance.

This case again stresses the urgent need for a Domestic Workers’ Act, which has been repeatedly promised by the governments of the day.

This law will also address domestic workers who run away from abusive employers and become undocumented workers.

According to the Human Resources Ministry, there are 129,980 registered domestic workers in Malaysia. Statistics from the International Labour Organisation (ILO) estimate the number of both documented and undocumented migrant domestic workers in the country to be between 300,000 and 400,000.

Malaysia, as a receiving country of so many migrant domestic workers, must also commit to the ratification of the ILO Convention 189 which will ensure decent work for domestic workers who are locals and migrants. At present, even if a domestic worker is documented, she does not enjoy the right to minimum wage, social security or any other rights under the country’s labour laws.

We would also like to dispel the common belief that such abuse cases are only carried out by “less educated” employers. We have filed many cases where the employers are highly educated – among them, a lawyer who was abusing her domestic worker and withholding her salary.

While the movement control order (MCO) has forced everyone to stay at home, work from home and play at home, the workload of live-in domestic workers has gone into overdrive with longer working hours, no rest and no day off in a week.

According to a recent survey conducted by the members of the Ke Arah 189 coalition to discover the impact of the Covid-19 pandemic on domestic workers in Malaysia, 70% of those interviewed had no day off on Sundays and were not paid for the extra hours they worked.

The survey of 103 domestic workers in Malaysia also revealed that many of those who live in their employer’s homes faced salary deductions of up to 50%.

The survey interviewed Indonesian and Filipino domestic workers and 69% revealed that they had no health insurance. 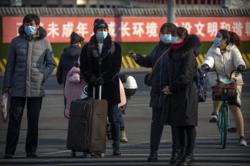 Vaccine misinformation danger
The Covid-19 battle is everyone’s responsibility
Are the right sectors being shut down?
Consider the ‘k’: Total nationwide lockdowns may not be the only way
My experience with Covid-19
Yes to a private-public partnership
Malaysians were too complacent
Fee for money orders had not been revised for 30 years
SPM alternatives to consider
Lament for Tun Salleh