The Women’s Aid Organisation in Malaysia has observed a 44% increase in calls to its domestic abuse hotline and WhatsApp inquiry number from February to March 2020. — 123rf.com

COVID-19 and the movement control order (MCO) has led to a spike in domestic violence and disrupted normal response systems. In light of this, the Women’s Aid Organisation (WAO) highlights some key challenges faced by domestic violence survivors during the MCO period and urge the government to take six urgent actions to address them. This response should be coordinated by the National Domestic Violence Committee, a multi-stakeholder committee led by the Women, Family and Community Development Ministry.

The World Health Organisation (WHO) has called on all governments to address violence against women in national preparedness and response plans for Covid-19. Malaysia's government must urgently kickstart an emergency response to domestic violence for the duration of the MCO period. The National Domestic Violence Committee should convene (virtually) immediately and, as a starting point, take these six urgent actions.

The danger to survivors actually escalates the moment they try to leave, as this is when the abuser will go to great lengths to reestablish control. Hence, when survivors take the brave step of leaving the abuse, we must be ready to support and protect them. Turning them away at this critical point puts them in further immense danger.

Therefore, we urge the government to issue clear standard operating procedures (SOPs) for responding to domestic violence during the MCO and to ensure that these SOPs are adhered to by all frontline officers.

With reduced court operations, however, it is unclear how survivors are able to obtain court-issued IPOs. In light of this, we appeal to the courts to include application for, and breach of, IPOs in their current list of essential services.

If survivors are unable to obtain IPOs during the MCO period, there must be alternative arrangements in place. For example, survivors could instead be advised to obtain EPOs, which are issued by the Social Welfare Department. Social Welfare officers must also be empowered and briefed on the importance of issuing EPOs during this time. Although EPOs last for only seven days, they can protect survivors from further abuse and even death.

3) Publicise support pathways for survivors: Under ordinary circumstances, leaving an abusive relationship is already a challenge. With the MCO in place, survivors face even greater barriers to accessing the usual support systems. As a result, they may believe that escaping is simply not an option.

To assure survivors that they can still seek help, the government should do more public service announcements about support services available to survivors and allay their concerns about accessing these services. For example, some survivors may be fearful of accessing services at the One-Stop Crisis Centres (OSCCs) located in government hospitals amidst Covid-19 related operations within the same hospital building.

4) Improve the availability of temporary shelters, and make them an essential service: Also critical to breaking the cycle of domestic violence is ensuring survivors’ access to shelter. This demands urgent attention, as domestic violence shelters are sorely lacking in Malaysia. International best practices recommend a minimum of one family place in a women’s shelter per 10,000 people, but Malaysia only has an estimated one family place per 72,538 people.

WAO runs the largest domestic violence shelter in Malaysia, but our shelter is currently at maximum capacity. Survivors have contacted WAO asking for shelter and we have been unable to place them anywhere. Some survivors have resorted to sleeping in their cars, only to be caught by the police.

In these urgent times, we urge the government to set up temporary shelters in places such as hotels and hostels to accommodate the rising need for shelter. The government can also collaborate with the private sector in providing shelter.

Additionally, the government must also make shelters an essential service, as access to shelter can be a matter of life and death for survivors.

5) Ensure that financial aid reaches domestic violence survivors: Survivors who are unable to work during the MCO period may become financially dependent on their abuser, making it even harder for them to leave. And for those who have left their abuser, loss of employment can cripple their efforts to get back on their feet. For these reasons, financial support for domestic violence survivors is critical.

Yet, the recently announced stimulus package, the bulk of which goes to households, does not reach domestic violence survivors who have no access to household finances or are in the process of getting a divorce.

To ensure these benefits reach survivors, we recommend that the government allows survivors who would otherwise be ineligible to apply for these benefits with a supporting letter from a gazetted shelter or other designated organisation.

Additionally, the government must also make it clear in the application process that either adult qualifies as the household representative.

6) Allocate sufficient resources to ensure an effective emergency response: As with any systematic response, the government must deploy sufficient staff and financial resources to ensure that the emergency response for domestic violence is effective. For example, Talian Kasih must be resourced with adequate staff to manage the notable increase in calls. Some survivors have reported that they have not been able to reach call operators possibly due to the high volume of calls.

Additionally, the government should designate some social welfare officers with the task of responding to domestic violence cases and relieve them from Covid-19-related aid distribution duties.

As the nation grapples with unpredictable times, we must be prepared to look out for those among us who are most at risk. We call on the government to urgently implement an emergency response to domestic violence, alongside crisis and preparedness plans for Covid-19 and include these six urgent actions proposed by WAO.

At the same time, we would like to acknowledge the multiple efforts undertaken by the Health Ministry; the Sexual, Women and Children’s Investigation Unit (D11) of the Royal Malaysian Police; the Social Welfare Department; the Selangor state government; and many other agencies and NGOs to mitigate the effects of violence on survivors during this time.

We also look forward to more conversations with the Women, Family and Community Development Ministry and other agencies on how we can collectively implement this emergency response. 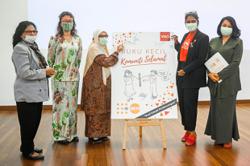 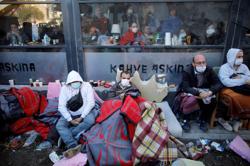 Search for survivors goes on