What you can do for your country 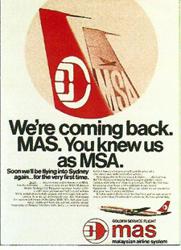 WHAT can we, as ordinary citizens, do to ensure a better Malaysia in the new year? I remember former President of the United States, John F. Kennedy, telling American citizens not to ask what the country can do for them but what they can do for their country. In line with that, we as ordinary citizens can do many things to reduce the burden on the government and ensure a better living environment for all.

First, we can stop littering. It is common to see rubbish strewn along highways, in towns, housing areas, back lanes, overhead bridges, parks, picnic spots and rivers. Though facilities to dispose of the rubbish are adequately provided, some choose not to use them.

Second, let us stop vandalising public property. The news that Taman Titiwangsa, Kuala Lumpur, and its new facilities were vandalised within a week of its opening was very disheartening. Damaged public toilets, broken tiles, graffiti, broken railings, and missing manhole covers and signboards are a common sight.

Third, we can reduce the pressure we are putting on government healthcare by paying more attention to our health. We have the highest obesity rate among Asean countries; obesity is, of course, a major cause of noncommunicable diseases within the population.

The government has to pay workers to collect the rubbish, clean the rivers, repair, repaint and replace vandalised properties. It also needs to provide added allocation to treat people with noncommunicable diseases, among others. These are unnecessary costs that have to borne by the government. Which means all of us have to pay, directly or indirectly, to undo what some of us have done.

In line with the adage that prevention is better than cure, we, as ordinary citizens, as grandparents, parents, teachers and community leaders, can do something to inculcate good habits in our children. Habit-forming starts at home and is reinforced at school and later in the community.

But telling children to do this and that alone is not enough. Those telling them what to do and what not to do must themselves show good examples. Parents who throw rubbish around indiscriminately or have no qualms damaging or dirtying public property certainly cannot be good examples. Children learn more from examples than mere advice.

I still remember my headmaster in secondary school giving a hard slap to the back of students who litter. But more importantly to me is that wherever he found rubbish on the ground, he himself would pick it up and throw it into the bin. This is something I remember till today.

Punishments will be necessary since not all students and adults are the same. Some learn from good examples but some do not. Children who do not obey their parents or teachers need punishment. As do adults who behave like children and litter – they should face the full brunt of the law. The effectiveness of such punishment depends on the probability of being caught and the penalty (punishment or fine). With CCTVs in place, the probability of being caught is higher. No offence is too small for enforcement. Remember, what does not get nipped in the bud will grow to become a tree.

As citizens, we can do several things to take care of our own health. It is not fair to burden the community with our ill-health which sometimes can be due to our own making.

We can make it a point to exercise, for instance. I read somewhere that we should exercise for 30 minutes at least three times a week. There is no need to go to expensive gymnasiums. In any event, for those staying in condominiums, facilities like gymnasiums are provided. If not, there are always open spaces – it is not uncommon to see individuals, young and old, exercising in parks and recreation areas.

We can also control what we eat and how much we eat. Obesity is sometimes an outcome of the kind of food we eat coupled with a lack of exercise. Are we eating more than what our body needs, which is easy to do what with restaurants operating 24 hours a day?

As citizens, we can do these little things to help ourselves and our country. They cost nothing. They only require a change in habits and determination.

Is Selangor govt safeguarding indigenous groups, environment conservation?
A mix of good and challenging times for MAS
New era of medicine
Case in Kajang should put local authorities on their guard
Clear guidelines needed on use of bow and arrows
Lots to do for MACC before it can be considered independent
Empower BM but do not cast English aside
TAR UC scholarship helps high achiever Tan Tien Tien continue dream of studying
Maintain budget for R&D
Hoping for faster processing of foreign workers