By WIDE ANGLE WITH HUZIR SULAIMAN

The children of the Establishment tackle some difficult issues.

IN the strident and unnecessarily unpleasant debate over the concept of ketuanan Melayu and the Malay community’s political future, the quiet voices of urban middle-class Malays have yet to make themselves heard.

As a partial corrective, I spoke to several members of a tribe that, while small in number, is intriguing from a social anthropology perspective.

The Malays of the anak Datuk class – the children of senior civil servants and technocrats whose parents’ careers in public service predated the Mahathir era – are interesting in that their values and ideas about Malaysia must have been formed at least in part by their families’ experiences of nation building.

As their parents made the country, it stands to reason that they would have a considerable emotional stake in how it develops in the future.

Even within this rarefied sub-caste of children of the Establishment who are not themselves involved in politics, however, their feelings about ketuanan Melayu show a marked diversity.

Fahmi Fadzil, 27, is a writer and performer. He is the son of Datuk Fadzil Yunus, the former director-general – and later general manager – of the Felda group of companies, and Datin Fauziah Ramly, a senior civil servant who was most recently a Commissioner with the Public Service Commission.

I asked him what he makes of the concept of ketuanan Melayu.

“I never grew up thinking about it very much. My parents never spoke to me about it. Even when I was in college the whole matter was never really present in how I saw things.

“I think because I live in KL – and especially because my parents came from that group of earlier middle class Malay civil servants – I don’t think I would subscribe to ideas of ketuanan Melayu.”

But does he subscribe in any way to the idea that the Malays are the natural leaders – or in some way the owners – of Malaysia?

“No. On my father’s side I’m the fourth generation born on this peninsula, on my mother’s side just the third generation, so I see myself as a pendatang too. I don’t subscribe to the idea of a natural leadership role for the Malays.

“More than that, as a Muslim, I don’t see the need for this. There is no such thing as one group being ethnically superior to another.

“The thing I remember most from school, from kelas agama, (is that) from the early days of Islam there was a clear message that you were all the same. Whether you were Arabs or not, you are all the same now.

“We should be talking about values and principles held by people rather than subscribing to simplistic ideas of certain ethnicities being the owners of the land. I don’t subscribe to that, and even if I did, I think the rightful owners would be the Orang Asal.”

Datuk Zahim Albakri, 45, the director and actor, is the son of Datuk Ikmal Hisham Albakri, the first Malay architect and the first President of Pertubuhan Akitek Malaysia, who designed the National Library, Putra World Trade Centre, and the Bank Bumiputera headquarters in KL.

Zahim’s grandfather, Datuk Seri Mustafa Albakri, of the Malayan Civil Service, was the first Commissioner of the Election Commission and the first Keeper of the Ruler’s Seal.

For Zahim, coming to grips with the concept of ketuanan Melayu means dispelling ambiguity: “There seems to be a confusion between the bumiputera policy (the New Economic Policy) and the idea of ketuanan Melayu. The bumiputera policy was a reaction to the riots of 1969, whereas ketuanan Melayu, in the Constitution, I don’t think is particularly giving special privileges or rights to the Malays, it’s to ensure that the Malay Rulers have a certain place, to ensure that those institutions continue.

“I grew up in a family where we were brought up with the understanding that the Malay rulers are there, and this is our history, our culture.

“I grew up with my granddad being proudly Malay, and proudly Orang Perak. There was this sense of being proud of our culture. But never were we made to think that being Malay gave us a right to something beyond.

“I was brought up (to believe) that every citizen in Malaysia was equal. I was never brought up believing that Malays should have more than everyone else.”

How would he feel about a non-Malay Prime Minister?

The composer Datin Saidah Rastam comes from a family steeped in public life. Her maternal grandfather was Perak’s 14th Datuk Panglima Kinta, who held 56 public service posts at the time of his death. Her father is Datuk Rastam Hadi, the former managing director of Petronas and former deputy governor of Bank Negara. Her husband is the urbane lawyer-turned-banker Datuk Charon Mokhzani (who, with exquisite politeness, declined to be interviewed for this article).

Says Saidah, “I think the races should be treated equally and the biggest thing that makes me uneasy about the concept of ketuanan Melayu is that it’s increasingly being used in fascist ways.”

She believes that the NEP “was a necessary thing at the time, given the racial tensions, but that’s different from the concept of Malay supremacy”.

She points to the historical record: “Tun Razak said that that was only for that time, and this NEP thing would end at some point, so that’s different from the notion that there’s an inherent Malay supremacy that can’t be questioned, which I’m very uneasy with.

“I’m somebody who benefited from the policies which favoured Malays – at the outset I’m happy to admit that. But looking at things today, my personal view is that we should give everybody equal opportunities because the policies favouring Malays haven’t been used properly.

“And given that the people who are supposed to safeguard the correct implementation of the policies are the same ones who benefit from them, I’m not optimistic that those policies will be correctly implemented.”

Dain-Iskandar Said is a writer and film director. His father was Datuk Mohamed Said Zain, a diplomat and intelligence officer.

He sees the concept of ketuanan Melayu as “outmoded, out of step with the times we live in, when the world is becoming more and more global. The world over, people are bringing down barriers of race, yet we are trying to instill and install those outmoded values.”

In his eyes, there are many aspects to the problem. “First, what is a Malay? Most Malays I know are some kind of mix, so who defines being Malay? Who are the guardians of the definition?

“The definition of ketuanan Melayu seems to be Umno; it always seems to lead back to Umno’s agenda.

“I’m not saying that outside of it it’s not valid; it may be valid to a lot of people. I can understand that. The main problem is the way it’s implemented. The tone of it is fascistic.”

For him, the promotion of the tenets of ketuanan Melayu “exposes deep insecurity, because if you really believe you are leading this country, what are you so scared of? I don’t think any of the other races want to take that away from you. They can’t, because in the Constitution are enshrined certain precepts.”

Dain argues that our debate is impoverished. “While many of us middle class Malays can be liberal and open, there’s never been any kind of infrastructure that supports ideas or traditions of openness.

“So on the one hand you have people who are willing to be open and liberal, but on the other hand it is so easy to destroy it, because there is no critical, intellectual or educational infrastructure to support those ideas.

“When you attack something that has no support, it is so easy to play to the rural Malay masses, to instill that kind of fear, and make people feel extremely powerless.

“There’s no tradition of talking critically about race and identity politics. You’re almost suspended in a vacuum.”

This is a vacuum that we need to fill with the plurality and diversity of our opinions. It has always been the position of Wide Angle that Malaysia’s many problems and tensions should not be ignored; they need to be addressed by continued, forthright yet respectful debate by citizens, and the issue of ketuanan Melayu is no exception. 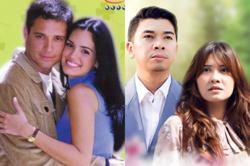 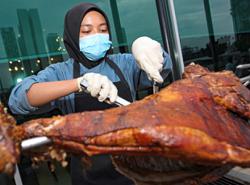 DAP’s dilemma - Chinese first or Malaysian first? Premium
Malaysia at Covid-19 crossroads
Learning from Hang Tuah
Overwhelmed by responsibilities
Imperial ambitions of tech giants
A cut below
Malaysia’s ‘taiko’ diplomacy in China sparks debate
For the good of the party
Drama down south
An offensive brewing against Zahid Premium