Malaysia does not have a good record of transparency

The bright light of public scrutiny kills the demons of corruption and poor governance, but alas, Malaysia does not have a good track record of transparency.

Laws like the Official Secrets Act, the Printing Presses and Publications Act, and the Malaysian Communications and Multimedia Commission Act, offer the chance to inappropriately hide data and bad news, instead of tackling problems in a spirit of public trust and participation.

These laws can, of course, be helpful in a small number of situations, because some government data cannot be publicised for legitimate reasons like national security.

When it comes to our health system however, the Malaysian Government must err on the side of transparency.

Bringing sunlight into our health system will improve outcomes, reassure the public and educate them as equal participants in our health system, and ensure that our tax ringgit are spent carefully, correctly and effectively.

In this two-part Transparency series, we will examine several areas where transparency will help improve the health of the rakyat.

There is two crucial caveats though.

Only aggregated and anonymised data can be shared publicly, and never by compromising the identities of any single person.

Secondly, not only must data be shared publicly to the greatest extent possible, but it must also be high quality, comprehensive and timely.

Inaccurate, incomplete or late data is tantamount to useless data.

Do not withhold information

The Health Ministry (MOH) must release several categories of data to the public, in a comprehensive and timely manner.

The first category is any information that directly concerns the health of citizens or public health, e.g. during disease outbreaks.

During recent events like the Orang Asli tragedy in Kuala Koh or various dengue outbreaks, the public either did not get the full story at all or got it much later.

The frequent reason given for withholding information is the “desire to prevent panic”. However, this is misguided paternalism.

Withholding information allows rumours and false information to spread, creating a vicious circle of mistrust in the authorities.

There is potentially even more panic as the public invents conspiracy theories to explain not only the outbreak, but also the Government’s silence.

If we want better health, we’ll need to start treating citizens like mature adults and trust them to be reasonable.

A sub-category of transparency to build trust is to admit mistakes, instead of covering them up.

An example is the 2016 fire in Hospital Sultanah Aminah in Johor Bahru, when MOH did not provide follow-up information about the maintenance problems in hospitals.

This did not reassure the public (and like many problems in Malaysia, is quickly forgotten in favour of the latest problem).

What’s needed is a clear admission of responsibility, and clear steps to improve the system.

Subterfuge only draws attention and energy away from the overall excellent work of the MOH, and distracts from the truly important work of improvement.

Data transparency is synonymous with anti-corruption efforts. This applies equally to the financial spending data of MOH, especially in its procurement practices.

In 2017, MOH procured RM4.6 billion worth of goods and services.

With such huge sums of money, the public deserves to know how much was spent on what by whom.

One might imagine that with transparency, ambulances might be serviced better under the scrutiny of the public eye, thereby avoiding any fatal accidents involving allegedly poorly-maintained ambulance tires.

We simply cannot compromise on the health and safety of our doctors and nurses, and we cannot fail them.

Another example is the recent Pharmaniaga decision.

On Aug 30, 2019, concern was raised that the Government must decide quicker on the Pharmaniaga contract extension, given the expiry on Nov 30, 2019, and given its critical role in our health system.

On Oct 31, 2019, the Health Minister stated that the concession will end and be replaced by an open tender system.

We’ve known for ten years that the Pharmaniaga concession will end on Nov 30, 2019.

This last-minute decision to extend the contract shows a cavalier attitude to governance and contingency planning, and will be improved by more transparency.

In the case of transparency of spending, there is an important caveat that it must not be anti-competitive, or help or hinder any private company competing for government contracts.

The intention is to promote good governance and expose corruption, not to impair free market competition.

Contract negotiations with the private sector can be understandably delicate, but there are existing mechanisms like the Swiss challenge method of public procurement that allows for transparency while fostering competition.

Another set of tools can be found in the OECD Recommendations for Public Procurement.

The intention is to strike a balance between transparency, appropriate confidentiality and fostering competition, and MOH should feel confident about this.

Some may argue that the healthcare industry is sensitive to too much transparency and that we must be secretive about the money aspect.

Well, they’re wrong. Even the powerful doctors lobby group could not prevent the implementation of the Physician Payments Sunshine Act in the United States in 2013.

Under this Act, any transfer of value above US$10 (RM40.74) per year made by Big Pharma to all US doctors must be recorded and made publicly available.

Such physician payment transparency requirements are also in place in Europe, Japan, South Korea and Australia.

Most requirements even name individual doctors and their places of practice, and often, they cannot even invoke their privacy rights to not be named.

In these countries, the doctors’ lobby is strong, but the public interest is stronger.

Even when it comes to highly sensitive and personal information like how much a doctor earns from speaking and consulting arrangements, the public interest won.

That’s sunlight for you. our MOH could do with a bit more of it. 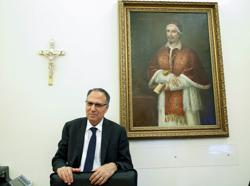