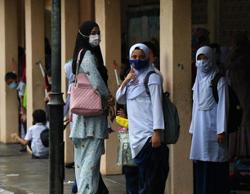 A TEENAGER who dared to expose rape culture in her school dominated news feeds, both mainstream and social media, this past week.

Ain Husniza Saiful Nizam, 17, not only spoke out against a teacher who joked about rape in class, but she also lodged a police report about the harmful and misogynistic comment.

She lodged another report about a rape threat directed at her from a male schoolmate.

Ain and her father then launched a social media campaign to #MakeSchoolASaferPlace, calling on other students, parents and the public to speak up against rape culture.

As news cycle go, however, something else will grab the headlines pretty soon, if it hasn’t already. But we must not let Ain’s story go or forget the outrage we feel that a teacher – a person we trust to educate, guide and protect our children – should give such harmful messages to students.

We must hold him accountable, not for revenge but to send a message that it’s not okay to trivialise the violent crime of rape.

It is because we tend to stay silent – aside from brief spurts of shock, horror and disgust over such incidents – that this teacher and many other adults (judging by the vitriol Ain has received since she spoke up) feel that it’s okay to make light of rape.

It is because we have stayed silent that a young schoolboy would even think of threatening to rape his schoolmate.

What are we teaching our children and what values are we holding on to?

The police say investigations are under way and the Education as well as the Women, Family and Community Development ministers have also said that they will investigate the incident.

But it’s not just this incident that needs investigating.

We need to change the rhetoric in schools and society. There can be no space for sexism because it is pernicious sexist beliefs demeaning women and girls that lead to men making light of rape.

Make comprehensive sexuality education compulsory in schools, for this will teach girls and boys about good and bad touches, consent, body autonomy and respect.

Teachers too need to undergo gender sensitisation training because it is also not okay for a teacher, even a female teacher, to violate a student’s dignity with something like period spot checks, which were last week’s headlines.

What can you and I do?

We need to speak up.

Talk to your parents, children, siblings and friends about gender, about respect, about stereotypes, about consent, about rape and sexual violence.

That friend who makes sexist jokes? Tell him or her why it’s not okay.

When someone you know suggests that a rape victim was to blame, tell them why rape is never the fault of the victim.

We must tell our sons that it’s not okay to rape, sexualise, catcall, harass or ignore girls and women when they say “No”.

It may be uncomfortable and disagreements may occur, but go there. Staying silent would teach brave teens like Ain that girls matter less. That girls should stay home and dress a certain way to avoid rape. That no one will listen if they speak up.

Dismantling archaic sexist beliefs and rape culture isn’t going to happen overnight. But it is only when we all speak out against such matters that change can happen.

We will empower victims of sexual violence, harassment and discrimination to come forward and get help. We will hold perpetrators of violence accountable for their crimes. We will save lives.

We can create a world where everyone, regardless of gender, has the same right to safety, to education, to employment, to freedom and to happiness. 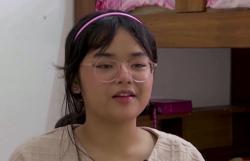