The truth will surface and cheats will have to pay

SWIMMER Joseph Schooling is a super star. China’s Ye Zhaoying was world badminton champion and world No. 1 in the 1990s.Both made startling confessions this week – just days apart. The revelations have shocked the sports fraternity but strangely enough, they have also brought hope.

Schooling, Singapore’s first Olympics gold medallist, admitted that he had taken cannabis overseas, and is set to face the consequences. 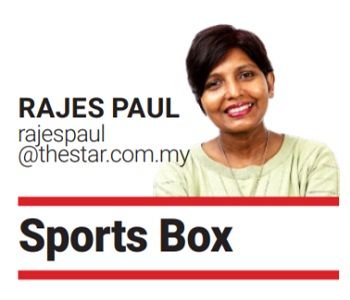 Cannabis may be legal in Thailand and some western countries but not in Singapore. And Schooling’s star status is not going to help him.

The 27-year-old is likely to miss the Cambodia SEA Games and Hangzhou Asian Games next year as the special privilege he had – to skip his two-year national service – will be withdrawn.

Schooling, who became a national hero after beating American Michael Phelps in the 100m butterfly at the 2016 Olympics, said had taken the drugs in May to deal with his father’s death. He won gold for Singapore during the Vietnam Hanoi SEA Games the same month.

And he was apologetic. “I made a mistake and I’m responsible for what I’ve done ... I won’t let you down again.”

Singqporeans may forgive him, but he will likely have to pay the price first.

He is not the only one who has faced the music for taking marijuana.

Last year, American sprinter Sha’Carri Richardson was banned for a month ahead of the Tokyo Olympics after testing positive for marijuana.

She too said she took it as she grappled with the death of her biological mother during the track and field trials.

We must understand that it is difficult for the top athletes. They are expected to perform all the time, even when they are dealing with personal issues.

They need help but choosing cannabis over good counsel is obviously the wrong choice.

While it was noble of Schooling to admit he messed up and vowed to make his way back from infamy, Zhaoying was even more courageous in standing up against the system.

The two-time world champion (1995 and 1997) spilled the beans on the horror of the 2000 Olympic Games. She claimed she was asked to throw matches.

There have always been rumours about China fixing matches whenever it involved their own players, but to hear it from Zhaoying seemed like a bolt out of the blue.

In an exclusive interview conducted by former player Camilla Martin with TV 2SPORT (Denmark), Zhaoying revealed how she deliberately lost to compatriot Gong Zhichao in the semi-finals.

The China team, she said, had felt Zhichao had a better chance of winning against Martin in the final.

With the easy semi-final win, a fresh Zhichao did go on to beat Martin in the final.

“You feel so powerless, because it’s just you against the whole system. The Olympic Games is a once-in-a-lifetime opportunity, and it feels so desperately tragic when you have to throw it all away,” Zhaoying said.

She retired from the sport after that and now lives in exile with her husband Hao Haidong in Malaga, Spain.

There is no way she will be allowed back into her country but her revelation must have set her free. After all, she had been carrying the burden of the cheating that she had been forced to commit.

But some good may yet come out if. Zhaoying and Schooling are two good examples of how we can learn to keep our sports clean.

Schooling admitted that he was wrong and promised to right that wrong.

Like anyone else, he deserves a second chance and I’m sure he will return stronger.

Zhaoying could also have kept quiet and lived her life but because of her expose, the world body will now take matches between two players from the same nation even more seriously.

Fixing the result may no longer be an option.

The lesson we all have to learn is this – the truth will surface no matter how deep it is hidden. It is only a matter of time.

A lot of gamesmanship goes in Malaysian sports too. The confessions of the two stars is a timely reminder to those who quietly go about their behind-the-scene nonsense.