A Malaysia Day wish for our orang asli, orang asal and other natives

Under threat: The Temiars have had to put up blockades near Gua Musang to ensure their ancestral lands are not encroached as far back as 2012.

TODAY we celebrate Malaysia Day. A day in 1963 we hoped would take all of us to greater things. That we would build a great nation, together.

A great nation is great to its people, and great to its marginalised and oppressed minority, first and foremost.

However, it seemed that our people and government have its eyes more on the peoples outside of our borders than our own. Our orang asli are our native Americans, our aborigines, and our harassed and displaced Palestinians in Gaza.

If we do not do something now, they will be our refugees inside our own borders.

Who displaced the orang asli from their ancestral lands? Plantation owners, construction companies, mining companies, and now even Durian King Corporations – all greedy capitalists, with help from our own politicians and civil servants. On this Malaysia Day, are we not ashamed?

Let us get a couple of facts straight first.

One: Orang asli customary rights, including their ancestral lands (tanah adat), is affirmed again and again by our courts. That such rights in common law stand even upon any state government gazetting of Malay reserve land is a testimony to the strength of the orang asli claim on these lands.

Two: Malaysian superior courts have held that the federal and state governments owe a fiduciary duty to the orang asli to protect their land rights. The Department of Orang Asli Development (Jakoa) was formed specifically to ensure the federal government undertake its fiduciary duties.

The orang asli from the Temiar tribe have had to put up blockades near Gua Musang to ensure their ancestral lands are not encroached as far back as 2012. No help came from either the federal or the state governments. Instead, our authorities acted against the Temiars by demolishing their blockades and even arrested them!

All sorts of tactics have been used on the Temiars. Thugs were hired to intimidate, supposedly orang asli “leaders” were used to give the impression that the blockades were not fully supported by the Temiars themselves. 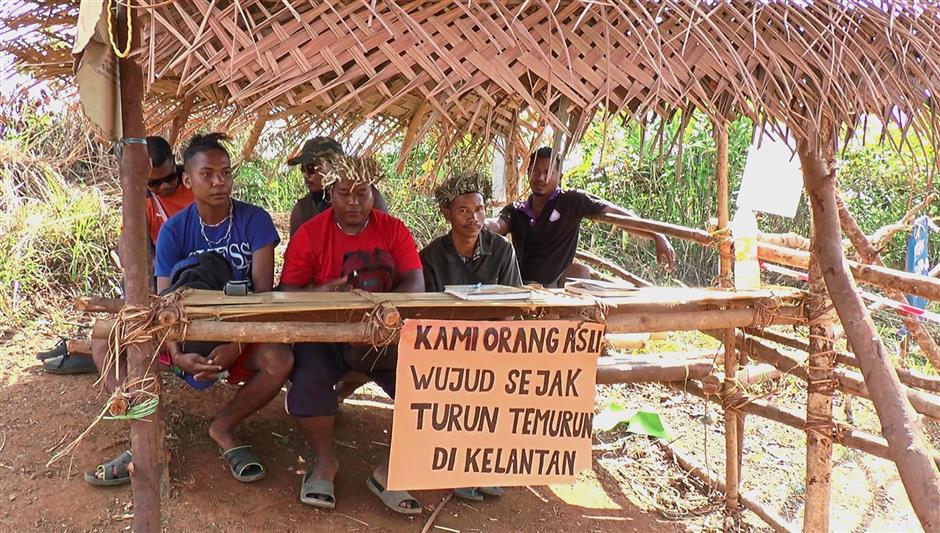 Under threat: The Temiars have had to put up blockades near Gua Musang to ensure their ancestral lands are not encroached as far back as 2012.

All reminiscent of land grabs by robber barons in the American wild west except this was not on native Indians but our own orang asli in Malaysia.

Yet, despite all these challenges, in the true strength of the orang asli, they stood firm.

Last month, the blockades were dismantled by the Forestry Department and we saw that some of the private contractors were allowed to be part of their party, while the police stopped other NGOs from entering the area of the blockades.

On which side are our government agencies on? We saw what I surmise to be our own FRU being used against the Temiars.

Under whose instructions were the FEDERAL Reserve Unit there? Why were they not the one being the protector of the Temiars instead?

The Temiars have never shown one bit of aggression against anyone despite all the provocations or bullying by the contractors or the authorities.

In their desperation and helplessness, about two hundred of the Temiars encamped to Putrajaya to appeal their case to the Prime Minister.

I hope the Prime Minister takes a bit of time from all the other mess he has to handle and issue an executive order to Jakoa to at least take immediate interim action by any means possible to protect the orang asli’s rights to their lives on their customary lands from encroachment.

Until such time when a final solution is found, Jakoa must ensure that it uses all the federal government machinery to stop any encroachment and dismantling of the orang asli Temiar land, and therefore support their blockade.

That is the fiduciary duty of the federal government. Get our FRU to be on the right side of the fight. Protect our orang asli.

Having said about the need for federal involvement, we cannot expect Tun Dr Mahathir Mohamad to solve every problem.

He is not Captain Malaysia with superhuman strength.

We need long-term solutions; chief among them is the need for an effective Jakoa with the political will and capability to carry out its mandate. In my opinion, an appointee with a legal background is essential to lead it, at least for now.

The appointee needs to be able to grasp all the legal issues and have the political capability to lead this department and to move the various government machineries such as the AG Chambers, the civil authorities (police, FRU), et cetera to assist in its goals.

The head of Jakoa cannot be a career civil servant. It is a political post.

We would be wise to take lessons from the United States in this regard.

They have decades of lessons learnt from their own sad and tragic history of native exploitation.

The comprehensiveness of their system is something we should emulate and implement for our orang asli in accordance with our specific needs. We need to revamp and revitalise Jakoa.

We have about 18 tribes and a native population in excess of 200,000 people in the peninsula alone.

Research has shown that when countries protect the rights of forest-dependent people and support popular participation in the political process, they are better able to handle conflicts over the environment.

The Paris Agreement on climate change recognised the intrinsic relationship between indigenous people and their environments.

Whether they’re in Taiga, the Sahel or the rainforests of Africa, America or Asia, what all indigenous people have in common is a deep connection to the natural environments in which they live.

The orang asli who live deep in the interior have said that the forest is like their supermarket: it produces the grass they use to feed livestock, the food they eat, the water they drink, and also the medicine they need.

But nature is more than that: it inspires their culture, their traditions, their science and their identity.

For instance, traditional knowledge based on observing nature, such as birds, bugs and trees, helps these communities to define their seasonal change.

This is why the indigenous people are on the frontline of nature conservation.

Preserving the balance of the ecosystem has always been the indigenous way of life.

Even when they build their settlements, they do so without negatively affecting the nature around them.

Commercial agriculture damages biodiversity and converts primary forest into cultivated areas. These activities make it hard for indigenous people to protect their environments, and also to preserve their culture, their languages, their knowledge and their unique traditions.

It seems that many decision makers do not believe that “protecting indigenous peoples’ rights benefits us all” – the only thing believed to benefit us all is profit.

This is our problem, we speak but we never listen, we destroy the planet that supports us in the process of development, while they can live off a local economy.

We must see that indigenous peoples are the primary stewards of the planet’s biological resources. Their heritage, their ways of life, their stewardship of this planet, and their cosmological insights are an invaluable treasure house for us all.

The real obligation we have to the orang asli is to leave them in peace, to allow them to make their own decisions and to stop forcing our culture on them.

The developed world has to learn humility and to honour our natural world and selves and the best way to do so is actually from the rarer and less “intact” but “older” cultures like the orang asli. The older cultures have found a way to facilitate autonomy with self-mastery and a dignified inter-relatedness that the desk-bound, next-paycheck-bound, eating-alone-in-front-of-TV cultures could barely even dream about.

Our orang asli and the environments they maintain are increasingly under assault from mining, dam building, logging, and agro-industrial projects.

They try to resist this invasion with tremendous courage and skill, but their protests are too often ignored by governments and corporations.

On this Malaysia Day, we need to think not only of them but also the native tribes or orang asal in Sabah and Sarawak who already very much deprived of their lands.

They are a unique challenge to our resolve to be a great and developed nation.

We cannot allow our indigenous people to continually be marginalised and subjected to economic predators.

We need to protect them and ensure their survival and growth together as part of a great nation. They are the true Bumiputras. The first people of the land.

We must remember that the bonds that unite us are stronger than the walls that divide us.

We must celebrate the diversity around us. It is this diversity that makes us unique and makes our world so much richer.

A long and tough journey
Learn from our neighbour
Spare a thought before reacting
Returning to the way life should be
Predictions time as EPL makes way for game’s oldest cup competition
Of Children, China, and Covid-19
New Year resolution for prevention of ED
Aptitude for ineptitude
Brothers in arms
Fighting inflation in the long-term