Basis for appointing the PM

IN the aftermath of a general election, the most critical and possibly controversial issue is the appointment of the Prime Minister.

In several conceivable circumstances the monarch’s wisdom and sagacity can be tested severely and his decision can alter the course of the nation’s history.

The constitutional rules relating to the appointment of the PM must therefore be scrutinised.

Discretion: Under Article 40(2)(a) of the Federal Constitution, the appointment of the Prime Minister is a discretionary function of the Yang di-Pertuan Agong. In its exercise, the advice of the caretaker Prime Minister is not binding on the King.

Under Article 43(2)(a), the PM must be an MP who in the judgment of the Yang di-Pertuan Agong, is “likely to command the confidence of the majority of the members of the (lower) House”.

Limits on discretion: Though the King’s discretion is broad, it is not absolute. In a rule-of-law society, no discretion can be absolute and such discretion must be exercised within the perimeters of the law and conventions. The following guidelines exist:

• The King cannot rule the country on his own. Regardless of personal feelings about the elected leader or whether there is a “hung Parliament” (with no group commanding a majority), the monarch must appoint someone to lead the government.

• The PM must not be a citizen by naturalisation or registration (Article 43(7)).

• The race, religion, region or gender of the nominee are not mandated by the law. Instead, the Constitution, in Article 8, calls for equality before the law. This is in contrast with the Constitutions of the nine Malay States, which are explicit that unless the Ruler makes an exception, the MB must be a Malay/Muslim.

• The PM must, “in the judgment of the Yang di-Pertuan Agong”, be “likely to command the confidence of the majority of the members of the House”. This wording leads some commentators to believe that the Monarch has unlimited and subjective discretion in appointing the PM.

Most respectfully, the absolute discretion theory is not in keeping with the scheme of a constitutional monarchy.

The PM is not a wazir of the Malacca Sultanate days. He is doubly elected – by the constituents as an MP and by his party or coalition as their leader.

The “confidence of the majority of the members of the House” is not a purely subjective or abstract matter. It refers to the verifiable evidence of seats and votes in the House.

Only if there is conflicting evidence, for example, when there is a hung Parliament or the majority party is locked in a leadership dispute or the despicable practice of party-hopping has eroded the winner’s majority, the King’s discretion comes into play.

However, if a party or coalition commands the confidence of an absolute majority of the members of the Dewan Rakyat (that is, at least 112 out of 222 members), the King has no choice but to choose its leader as the PM.

As a non-partisan constitutional monarch, His Majesty must act impartially and disregard his personal and political preferences.

Any departure from such a non-partisan exercise of power may plunge the country into the abyss of a constitutional crisis and endanger democracy and the monarchy.

Hung Parliament: A “hung Parliament” is a Parliament in which no party or coalition commands the confidence of an absolute majority of MPs. It was alleged by some that GE14 resulted in a hung Parliament.

Such a conclusion was drawn from the false assumption that the absolute majority (112 out of 222) must be held either by a political party or a formal, registered coalition. The opposition coalition of PKR, DAP, Pribumi, Amanah and Warisan was not registered under the Societies Act (because it had been prevented from doing so).

Under the Constitution, there is no requirement that the coalition, if any, must be registered. The coalition can be formal or informal, registered or un-registered, and pre-election or post-election. In many countries, coalitions are cobbled together after the election.

The informal opposition coalition had a clear absolute majority though no individual component held the magic number of 112. PKR won 48, DAP 42, Pribumi 12, Amanah 11 and Warisan eight, totalling 121. Independents and others contributed a few more seats.

Tun M’s candidature: It was argued by some that Tun Dr Mahathir Mohamad was not eligible for the PM’s post because he was not the leader of the PKR, under whose banner he contested.

Looking at the Constitution’s Article 43(2)(a), the PM-designate must be “likely to command the confidence of the majority of the members of (the lower) House”.

There is no requirement that the PM must be the leader of a political party or coalition. In fact, the PM can be an independent and not a member of any political party!

In the 1980s, when he was the PM, Dr Mahathir was without a party after Umno had been deregistered. In India, PM Indira Gandhi was expelled from her Congress party but remained the PM because the majority of the members of the Lok Sabha gave her their support.

On May 10, there was irrefutable written evidence that the unregistered Pakatan Harapan’s leader, Dr Mahathir, had the loyal support of 121-plus elected members and a clear, absolute majority in the House. The constitutional requirement of Article 43(2) was satisfied.

Whether the PM-designate’s party is a majority or minority partner in a political coalition is constitutionally irrelevant. The relevant issue is whether he has the political loyalty of an absolute majority of the lower House.

In Perak, after GE12, Datuk Seri Mohammad Nizar Jamaluddin was appointed Mentri Besar even though he belonged to PAS, which had only six seats out of 59 in the Perak assembly. He was chosen because the winning coalition gave him their support.

Despite these doubts that gave us all a sleepless night, all is well that ends well. Let us now get on with the task of nation-building. 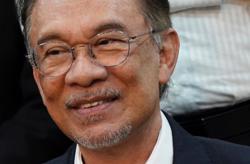 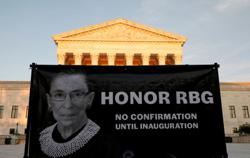 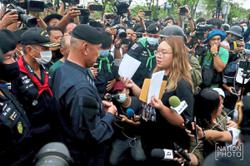