The future of Malaysia’s Constitution rests on some politically prickly but monumentally important questions.

THREE recent judicial review applications have ruffled the feathers of many conservative Muslims.

One was the courageous judicial decision in the Borders Bookstore’s case involving the illegal raid, search and seizure of the book Allah, Liberty and Love and the criminal investigation against its Muslim and non-Muslim staff by the Jabatan Agama Islam Wilayah Persekutuan.

The second was a challenge by the Muslim women’s group, Sisters in Islam, of a Selangor fatwa that condemns “liberalism” and “pluralism” and paints the group as a deviant organisation.

The third was the trail-blazing judicial response to the questioning on constitutional grounds by three Muslim individuals with Gender Identity Disorder of a Negeri Sembilan law that criminalises “cross-dressing” and imposes the penalty of jail and fine.

Many Muslims have condemned the plaintiffs in these cases as people who are pitting civil courts against syariah courts, who are questioning the pre-eminent position of Islam in the legal system, and who are mounting a challenge to the cascading power of syariah authorities.

These criticisms are terribly unfair. They are based on unfamiliarity with constitutional jurisprudence, specifically with the notion of constitutional supremacy.

In a nutshell, the constitutional position is that it is not enough for public authorities, whether civil or ecclesiastical, to have noble intentions. It is not enough for them to act in the name of God or religion. They must also stay within the substantive limits of their powers and observe all procedural requirements.

In a country with a supreme constitution, there is the additional requirement that the law under which their action was taken must not be in violation of the supreme Constitution, specifically of the provisions on fundamental rights, federal-state division of powers and legislative procedures.

When our document of destiny was drafted in 1957 and substantially reconstituted in 1963, the following core features illuminated its content:

Despite the above fundamental rules of our constitutional set up, the existentialist reality is, however, very different.

The federal-state division of powers has broken down. Some states are passing hudud laws on matters such as theft, rape and murder. Others are punishing betting, lotteries, gambling and homosexuality, which are federal offences. Penalties are being exceeded.

Even in civil areas under federal control, syariah control is being extended. For example, companies are required to pay zakat. HIV testing of marrying Muslim couples is required, even though health and communicable diseases are in federal hands.

Syariah authorities are raiding Christian and Hindu places of worship and seizing Bibles and arresting suspects. Civil courts are advising non-Muslims to subject themselves to the syariah courts.

Article 3(1) on Islam is trumping all other provisions of the Constitution, including the chapter on fundamental rights. In the Herald case, Article 11 on religion was subjected to Article 3.

Despite the right to free speech except on grounds of public order and national security, many states have criminalised any questioning of fatwas. Non-Muslims are banned from using many Arabic/Malay words even if there is no link with the forbidden activity of proselytising.

The Borders Bookstore and the Negri Sembilan cross-dressing cases are two remarkable exceptions. The learned judges who heard them did not adopt the easy way out and addressed some politically prickly but monumentally important questions on which rest the future of Malaysia’s Constitution.

Are syariah authorities subject to the Federal Constitution? Or is it the case that once they invoke the holy name of Islam, hukum syarah, fatwa or a State Syariah Enactment, they have a blank-cheque power to do whatever is necessary to promote good and prevent evil?

Are they bound to respect constitutional provisions on fundamental rights? Or is it the case that in respect of Muslims, all fundamental liberties can be subordinated to the power of states to enact syariah enactments and frame fatwas?

Are Syariah Enactments subject to the constitutional division of legislative power in the Ninth Schedule or does the noble end of Islamisation justify a new legal narrative?

The judges in the Borders and cross-dressing cases gave a clear answer in favour of constitutional supremacy. Whether their courageous decisions will stand the test of peer scrutiny remains to be seen.

> Shad Saleem Faruqi is Emeritus Professor of Law at UiTM. The views expressed are entirely the writer’s own. 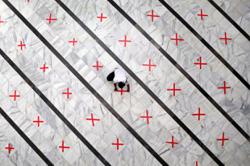