Election forecast cranks up the heat

IF you were to judge Politweet founder Ahmed Kamal Nava by the books he reads, you’d probably pigeonhole him as a big data junkie.

The books on his desk were the first thing that caught my attention when I visited him at his office in Bangsar South, Kuala Lumpur.

Among them were Predictive Analytics: The Power to Predict Who Will Click, Buy, Lie, or Die by Eric Siegel, Twitter and Tear Gas: The Power and Fragility of Networked Protest by Zeynep Tufekci and Data Mining Techniques.

“Lately, I have been reading books related to big data analysis for self-improvement. Other books would be related to business and technology like the origin story of Uber and Airbnb,” said the 36-year-old data analyst.

In 2009, Ahmed Kamal founded Politweet, which he describes as a non-partisan research firm analysing political and activism interactions among Malaysians using Twitter and Facebook.

Politweet appeared on my political radar this week when it released a report titled “Election Forecast for Pakatan Harapan in Peninsular Malaysia (GE14)”.

For each of the 165 parliamentary seats in Peninsular Malaysia, it ran 300 simulations for scenarios with certain conditions. 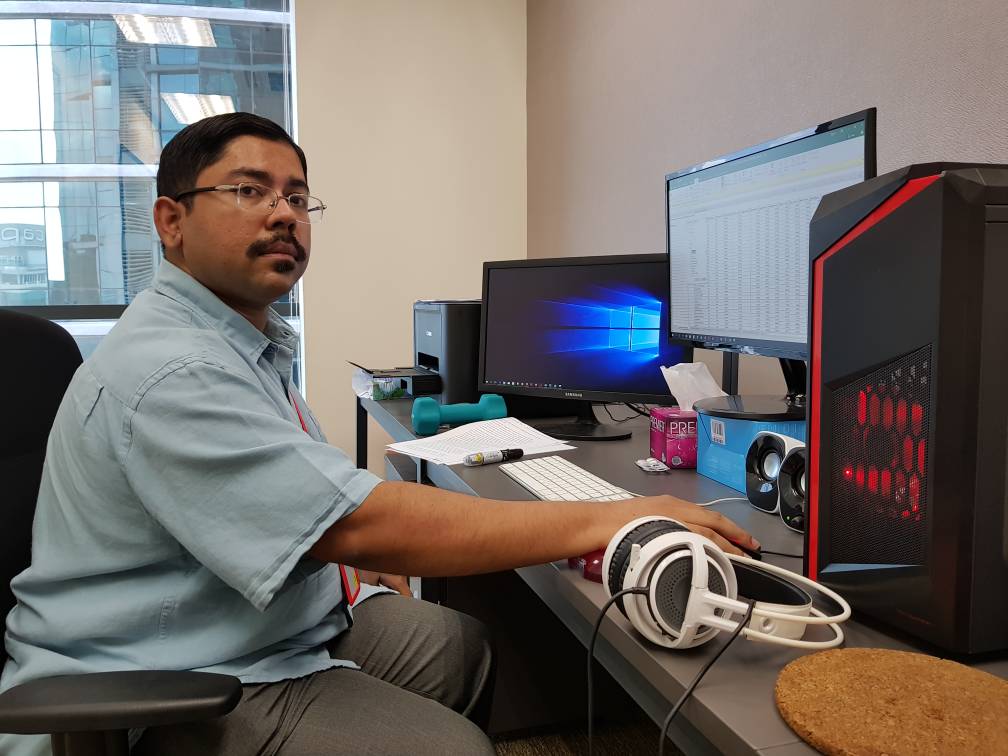 Among the conditions were (1) straight fights between Barisan Nasional and a united Opposition; (2) PAS not included, any support for the party is assumed to be “pro-Opposition” support; (3) no redelineation; (4) voter sentiment unchanged since GE13; and (5) voter turnout rate based on GE13.

Here is how Politweet has summarised its findings:

> Parti Pribumi Bersatu Malaysia and Amanah are contesting difficult-to-win seats in the straight fights. With PAS splitting the vote, there will be few seats that Pribumi and Amanah can win.

> Even if Pakatan Harapan reduces the impact of votes going to PAS, it needs to win seats in Sabah and Sarawak to form the Federal Government.

> Constituency redelineation will make it easier for Barisan to win more seats from Pakatan Harapan.

> Low interest in political parties will make it harder for Pakatan Harapan to spread its message through social media.

Interesting, I thought. I emailed Politweet to arrange a meeting to get a detailed insight into the 46-page report.

Ahmed Kamal said Twitter – whose Malaysian users he estimates are 75% Malays, 12% Chinese and 10% Indians – is a very good source for getting a sense of the political views of Malays aged 21 to 30.

Half of the young Malays were undecided and the other half were more pro-Barisan than pro-Opposition. Among the many reasons for this, according to the data researcher, were DAP’s anti-Islam image and the Opposition’s instability.

“I don’t know whether they will go out and vote. Many don’t have the enthusiasm for the Opposition’s campaign. Even for Bersih 5, online and offline enthusiasm was not there,” he said.

“The Chinese tend to be more pro-Opposition when they do speak up, but I have noticed some complaints about the hypocrisy of DAP working with (Tun Dr Mahathir Mohamad).

“But that doesn’t mean that the Chinese are more likely to complain about the hypocrisy issue compared with the Malays. I guess the message here is that Chinese support cannot be taken for granted.”

Since we were in Bangsar South, which is in the Lembah Pantai parliamentary seat, I asked Ahmed Kamal about PKR vice-president Nurul Izzah Anwar’s constituency.

“Who will win Lembah Pantai?” I asked.

He then crunched the numbers on his main workstation (three servers and two monitors) for few minutes while I ate a tuna sandwich.

Ahmed Kamal reckoned that the likelihood of Umno winning Lembah Pantai is high because the newly registered voters are more similar to pro-Barisan supporters based on their ethnicity, age and area.

There’s also the possibility that Bukit Aman voters will be moved from the Segambut parliamentary seat to Lembah Pantai.

With this facing Nurul Izzah, will she fight or take flight?