Red blood runs through us all 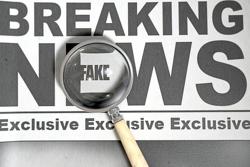 Contrary to the belief of some, the frequent use of racist slurs doesn’t make it right in any context, and it’s high time it is eradicated.

MOST of us have become desensitised to racist airheads and bigoted politicians, those who sporadically heckle the Chinese to “balik tongsan” (go back to China) and remind them to shut up and be grateful.

Failure to do so would

mean being questioned and maligned with “apa lagi Cina mau?” (what more do the Chinese want?), as one newspaper infamously headlined a few years back.

Very rarely do we hear of calls to “balik India,” presumably because the size of the community is smaller, but the use of derogatory terms to describe Indians is becoming more rampant.

I have never heard of anyone shouting “balik Bugis” or “balik Aceh”, though.

So, there was a sense of déjà vu last week when US President Donald Trump intensified his attacks on four progressive Democratic congresswomen, demanding they be “sent back”, which is akin to the “balik tongsan” slur used here.

Last week, Trump tweeted that such lawmakers should “go back” to their countries if they were dissatisfied with the state of affairs in the United States.

All four women are American citizens, and only Omar was born elsewhere. Her family reportedly emigrated from a Kenyan refugee camp when she was a child, though she is originally from Somalia.

Trump being Trump, managed to whip up a racist storm of epic proportions, with his supporters hysterically chanting, “Send her back!”, referencing non-

Caucasian women politicians at his rally.

US presidential hopeful Kamala Harris has also found herself a victim of racist tweets, including those from Trump. She was born in Oakland to an Indian mother and Jamaican father, and is eligible to run for president but has been attacked for not being black enough.

Trump’s racist tone seems to have encouraged his Republican supporters to pursue this vile approach, exemplified by his aide Kellyanne Conway asking a reporter about his ethnic heritage at a White House press conference.

Andrew Feinberg, a reporter for Breakfast Media, a website about politics and technology, had asked Conway, “If the president was not telling these four congresswomen to return to their supposed countries of origin, to which countries was he referring?”

Conway paused and then asked him, “What’s your ethnicity?”

“Why is that relevant?” Feinberg replied.

That was the appropriate response, and Feinberg soon after added, “My own ethnicity is not relevant to the question I’m asking.”

The push by Trump has shocked many Americans, as it seems to have gained traction among his Caucasian supporters, especially those in the mid-west states.

Most Republican politicians have chosen to turn the other way, claiming they haven’t read Trump’s tweets, although the local news has become world news.

What happened in the United States really isn’t that much different from what’s happening in Malaysia, as politicians here find it easier to amplify race and religion to garner support, especially the crucial Malay votes.

Trump uses the non-whites as the bogeyman, to create fear and a sense of insecurity among lesser educated white people, to suggest that their jobs are being taken away by immigrants – when the reality is that many white people are reluctant to take on “difficult” jobs.

Immigrants, in the mind of Trump, simply means non-whites. His wife, Melania, is from Slovenia but because she is white, in his mind she wouldn’t be placed in the same category as Mexicans or South Americans.

Ivana, Trump’s first wife, was born in Czechoslovakia (now the Czech Republic); Trump himself has acknowledged his German ancestry and is proud of it.

Like Trump, the three women lawmakers were born in the United States, even though their ancestry can be traced back to other countries.

In a nutshell, Trump

won’t be telling anyone of Caucasian stock to “go back”, even if they have serious criminal records.

And let’s hope he won’t be making the “send her home” chant his campaign battle cry.

Likewise, it’s beyond some politicians here to accept that “balik tongsan” is simply illogical, because, similar to the other “foreign” ethnic communities

with roots here including the Indians and Indonesians, we were born here and this great country will always be home, the place we will invariably be laid to rest in when our time is up.

Besides, these three nations – China, India and Indonesia – have enough people and they certainly wouldn’t welcome any Malaysians, whose only link to these them is their ancestral lineage.

As we celebrate our country’s national day next month, and Malaysia Day in September, it’s perhaps time for laws to be legislated to make it an offence to use racist remarks.

A commission to promote race relations is necessary to nip this malaise in the bud.

A good place to start will be Parliament, where racist remarks are shamelessly used by Members of Parliament who are far from honourable.

The reality is that whatever the colour of our skin, the blood that runs through our veins remains the same.

So in time of need, as we lie on the hospital bed, we won’t be asking where the blood came from. 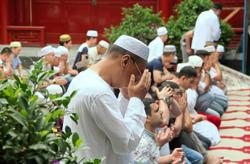