HE has helmed several ministries in the last 20 years but by his own admission, Datuk Seri Hishammuddin Hussein has kept a secret for a long time – his wish to join one particular ministry.

That dream came true this week when the 59-year-old Umno politician was appointed Foreign Minister. The moment he arrived at Wisma Putra after the first Cabinet meeting on Wednesday, Hishammuddin was in his element.

As introductions were made, Hishammuddin exchanged greetings, offered selfies with officers and at one time even hugged an officer whom he must have met during his travels as the Defence Minister.“The FM was visibly moved. He didn’t expect that kind of reception I guess, ” read a message from an officer after the welcoming ceremony.

The feeling must have been reciprocated by Wisma staff. As they sang Negaraku and the Wisma Putra song, many noticed Hishammuddin’s face turning red.

“I think he was slightly emotional. You could see from his face it was as if ‘I am back and I am happy to be here’, ” said another official.

After nearly two years in the political wilderness Hishammuddin is back with a “vengeance”.

In his speech, the Foreign Minister several times mentioned that he was back to serve the people and country. Malaysia, he said, under the Perikatan Nasional government was facing various challenges.

“We have to carry out our work without any self interest, without being narrow-minded or practice politics of hatred.

“My wish as the minister is that we have to be different because there is so much hate out there not only in the country but globally. Our strength is the basic good that all Malaysians have.

“That is what makes us respected. It is not something you can buy with money but comes from our sincere intention that we do this for the country, race and religion. It is also for our future generation, ” Hishammuddin said.

After the welcoming ceremony and a short press conference, Hishammuddin got down to work with briefings from senior officials.

The briefing kept on being interrupted by phones calls from his counterparts from several countries including Indonesia, Singapore, Thailand, China and the United Arab Emirates.

It is interesting that one of the calls came from the UAE, a country that Malaysia is mending fences with.

In January, Latheefa Koya then MACC chief commissioner played several audio clips including, a man believed to be former prime minister Datuk Seri Najib Razak who was heard making a special request to someone he referred to as “your royal highness” to seek help in clearing his stepson’s name from complications arising from a money-laundering case.

Wisma Putra was caught by surprise the MACC move and it is no secret that ties were affected.

Former Foreign Minister Datuk Saifuddin Abdullah was dispatched to the UAE and a planned working visit by Tun Dr Mahathir Mohamad in March did not take place as the Pakatan Harapan government collapsed, officials said.

Another country to be closely watched will be Saudi Arabia.

The KL Summit last December was viewed by some circles as a gathering of Muslim countries not aligned with Saudi Arabia and Malaysia was accused of trying to take over the role of the Organisation of Islamic Cooperation (OIC).

Dr Mahathir had to hold an urgent video conference with King Salman Abdulaziz Al-Saud to explain that the summit was not intended to create a new bloc to replace the OIC.

Hishammuddin realised this too and has said that Wisma Putra would need to put back the “lopsided” focus in some geo-political areas.

It is a well known fact that Hishammuddin has good personal relations with some of the Middle East royal households. Even with China, Hishammuddin was able to establish strong contacts with Beijing especially after he was acting Transport Minister handling the disappearance of MH370 in 2014.

But as Foreign Minister, Hishammuddin must bear in mind that Malaysia’s principle has always been to be a friend to all.

Perhaps in the last 22 months, the impression was that Malaysia was not paying attention to some countries, and the time is ripe to put things back on track.

Hishammuddin is back in the limelight, something which he seems to enjoy too.

But he is now holding a portfolio where each word or act will be closely monitored globally.

At the end of the day Malaysia needs a Foreign Minister that can be effective for the country. Yes, being friends with other countries and being able to use connections are helpful but you must be able to look after Malaysia’s interest.

Wisma Putra staff have already shown their commitment to raising the Malaysian flag high. They are there to support and guide the new minister and perhaps it would do good for all parties if those helming the ministry listen to the voice of reason among officials. Isn’t that what the minister said in his speech? That we have to get it right and get it right the first time?

Now that would be Hishammuddin’s challenge. 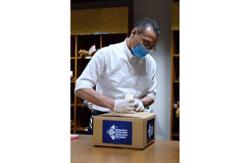 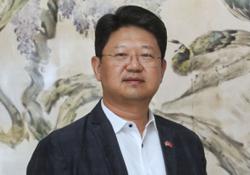 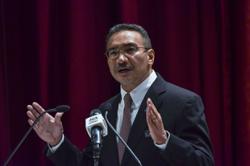