Life is more than just about politics

The Yang di-Pertuan Agong Al-Sultan Abdullah Ri’ayatuddin Al-Mustafa Billah Shah delivering a speech to MPs during the opening ceremony of the third session of the 14th Parliament. — Jabatan Penerangan Malaysia

THE last two years have taught me a great deal about some certainties in our lives. One of them is we as individuals do not have much control over the political and economic outcomes in the nation or the world. We only have that one vote in our hands that we use in a democracy thinking that we can make a difference. Unfortunately, these days, this is also thrown out of the windows by the very people we entrust our votes with.

As the power equation seems to be changing at the whims and fancy of the very politicians we trusted, intelligent young Malaysians are now asking if there is any worth in that precious one vote that we think can change the nation’s fate. Unfortunately, as much as we think that vote is a powerful tool, today it does not even have the legal tender given to a printed RM1 by the central bank.

Yes, I can’t help feeling melancholic on the eve of the first proper sitting of our Parliament tomorrow since the Perikatan Nasional government took over from the elected Pakatan Harapan about five months ago. Again, we will have no control over what transpires in Parliament as our Yang Berhormats scream and misbehave in the august house over the next few weeks.

Some say this sitting could be a prelude to Prime Minister Tan Sri Muyhiddin Yassin calling for a snap election, which means politicians will be going back to the people again to beg for that one vote that we gave and which was taken for granted. (For those not aware of what a snap election is, it is simply one that is called before the legal five-year term is up as stipulated in our Federal Constitution.)

What we have sadly learnt now is that there is no guarantee that our one vote will be given the same respect that it had before any election once polling is over. The recent actions that we saw, and are still seeing by representatives of both sides of the divide, show that there is absolutely no sense of loyalty to the party or logo they were voted on. With the lure of power and position, our one precious vote loses respect completely after any elections.

So do we just sit down and lament while we are drowned by these political wranglings and vent our frustrations on the social media? Or do we start engaging in thoughts and actions that we have absolute control of? Obviously the bottom line is that we have to move on whether the circumstances favour us or not.

We individually have so much to offer to our relatives, friends and fellow Malaysians from all races and religion. For a start, you may want to look at your neighbours who you have been ignoring for so long. It’s a shame that some of us do not even know who our neighbours are despite having lived for a long time next to each other. Now, knowing your neighbour better is absolutely within your control.

We have become social media animals and focused too much energy on spreading political ideologies on this platform. Some of us have begun ignoring the deluge of forwards with beautiful quotes on love and life. They do not seem to be getting much serious attention these days. Often because there is an overload of such messages.

One that caught my attention a few days ago was from Pope Francis. He said: “Rivers do not drink their own water; trees do not earth their own fruits; the sun does not shine on itself and flowers do not spread their fragrance for themselves. Living for others is a rule of nature. We are all born to help each other. No matter how difficult it is.....life is good when you are happy; but much better when others are happy because of you.”

It may have come from the Pope but this is exactly what all religions or spiritual gurus preach and spread. As we know, we have some level of control, if we so choose, that we can exert in our relationships within family, friends and even strangers who we meet randomly.

Let’s break those barriers that are keeping us apart, smash the ego and arrogance. Remove that imaginary barrier that we put up between us and those of other races and faiths. Let’s bury our prejudices involving class, creed or caste. Some of us join the Black Lives Matter campaigns in other countries but practise blatant discrimination among us.

Treat others the way you treat your loved ones and your friends because this is surely under your control. Go out of your way once a day for a stranger. Hold the door open, give them compliments and ask them how their day is going. And do it for someone who is from another race or religion. The barrier that you break with these actions will warm hearts.

Take the politics out of our system and leave it to the politicians, I have begun to realise that it is not only not worth stressing over their actions but also becoming hopeless to an extent. We need a new breed of Malaysians, especially the youth who can make the difference. No amount of Rukun Negara lessons can unite us if we don’t change ourselves from within or if policies are implemented without taking humanity into consideration.

The current political imbroglio was caused by disrespect shown to the one vote that we gave to our elected representatives. Unfortunately, we have no control on them switching political parties. So what is within our control here? Yes, it is the one-vote power we have to use it collectively to decide on their future.

It is within our power and control to clean up the political arena by pushing for the anti-hop law to ensure governments do not fall soon after being voted in as it leads to so much uncertainty. This in turn affects investor confidence and accountability. After the change in the Federal and four state governments after the massive party hopping, the people are tired. Don’t blame Malaysians if these actions do not inspire confidence but tend to widen the trust deficit.

Currently, the political landscape in Malaysia is also such that election results will not see clear-cut decisions in a large number of seats, or an absolute majority in parliament or state governments. This will obviously lead to attempts to pinch elected representatives to form governments. This will be beyond any one’s control I believe.

Only a tough anti-hop law can stop this once and for all. We need elected governments to start functioning immediately and implementing the promises and get the economy on track. Malaysians are tired of seeing parties trying to realign to form new blocks and governments. This has to change for the good of the nation or our political fights are only going to worsen.

If you don’t like something, change it. If you can’t change it, change your attitude. Because changing politicians may not necessarily mean that we are changing for the better. We may or we may not. Remember, we have to give the power to the one vote we own in a democracy because the one whom you vote for may not.
K. Parkaran was a deputy editor at The Star and producer at Aljazeera TV. The views expressed here are solely his own and do not necessarily reflect those of Sunday Star.
Article type: metered
User Type: anonymous web
User Status:
Campaign ID: 18
Cxense type: free
User access status: 3 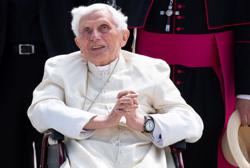