ON a train ride heading to Shengzhou city of Zhejiang province, two men were seen happily chatting during the long trip.

They talked about everything under the sun, from school days and marriage, to work and family, and found many similarities between them.

Other travellers thought they were friends but it was the first time Xu Chuanru and Yuan Junheng had met.

They got to know each other through a voluntary group that helps adoptive or kidnap victims trace their biological families.

“This is the first time I have left home to go to another city. Luckily I have you as my companion,” Xu told his new friend, thanking Yuan for taking care of him throughout the journey.

When he was a kid, Xu, now 45, learnt from his neighbours that he was adopted.

“Because of this, I was bullied by other children and they did not want to play with me.

“Since then, I have always wanted to know who my biological parents and where they are but I had no information about them at all,” said the man from Xiajin township of Shandong province.

There was a glimpse of hope when he found out that he could be from Zhejiang province while applying for the one-child certificate in 2019.

(The certificate was a product of the abolished one-child policy. It was given to married couples who pledged to have only one kid. Today, certain provinces have stopped issuing the document as the Chinese government is encouraging more births to counter the problem of an ageing society. Holders of the certificate are entitled to various benefits such as monetary reward, and healthcare allowance for the child.)

Xu then sought help from the “root tracing” group.

Last month, after waiting for two years, Shengzhou police informed him that his DNA matched a family in that district.

In Linshu township, about 400km away, Yuan received the same good news.

The 43-year-old learnt from the group that there was another person heading to the same place for the reunion.

So, he contacted Xu and they agreed to keep each other company on the 1,100km journey on Dec 5.

At the same time, the Yu siblings in Gangyao, a small farming village of some 300 households in Shengzhou, were making preparations for a reunion with their long lost brothers, Xu and Yuan – who were given away at birth.

They knew the men’s identities but did not inform them because they wanted to give the two brothers a surprise.

It took Xu and Yuan over 20 hours, travelling on buses and train to reach the place. Upon reaching their birthplace, they were informed by their siblings that they were brothers.

“We said we look alike,” they shouted, hugging each other tightly.

The brothers were welcomed by their other siblings – two elder brothers and two elder sisters – at a reunion ceremony arranged by the local cops.

Their parents have died.

The eldest child Yu Zhijun, 56, said their parents were too poor to take care of six children, so they had to give the younger ones away.

“My father’s wish of finding his two sons has finally come true,” he added.

He turned to Xu and Yuan: “Baba (father) missed the two of you so much. We are reunited at last.”

Yuan also revealed that he went to Shengzhou city three years ago in search of his family,

but to no avail due to a lack of information.

Meanwhile, in Shenzhen city of the southern Guangdong province, a couple reunited with their teenage son, who was abducted at the age of four.

Sun Haiyang, 46, burst into tears as he met his son, and held him in his arms, unwilling to let him go for a long time at the reunion arranged by the police.

He has been longing for the moment for 14 years.

After losing his son, Sun transformed the signboard of his business into a huge missing person notice, promising a reward of 200,000 yuan (RM132,000) to those who could provide clues to the boy.

He even travelled around the country in search of the missing boy.

On his journey, Sun got to know many other families of the same fate.

He formed a union and worked closely with the police, community groups and the media to look for the children.

His story was made into a movie, titled Dearest – a 2014 box-office hit featuring Chinese stars Huang Bo and Zhao Wei.

At the event, two other families were also reunited with their children, who were abducted in separate incidents in Shenzhen 14 and 17 years ago.

Police have arrested nine people, including the adopted parents, for investigations in the joint operation, codenamed Tuanyuan (Reunion). 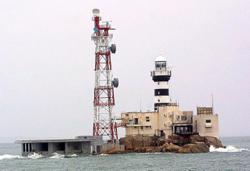