Venturing into the lion’s den

Almost there: The rivalry between the three leaders, (from left) Dr Mahathir, Hadi and Najib, is most evident in Kedah where their respective coalitions have strong presence.

TUN Dr Mahathir Mohamad went into the lion’s den on Wednesday, stopping right in front of the Umno building in Pekan town.

He posed for selfies with some passers-by as Barisan Nasional flags fluttered in the background.

Pekan has been a sea of Barisan flags while flags belonging to PKR and PAS have been few and far in between.

The ageing lion knows that Pahang is still staunchly Barisan, but he also understands symbolic challenges and he had stopped in Pekan to show that he is not afraid of entering the stronghold of Datuk Seri Najib Tun Razak.

The younger lion was not hanging around doing nothing. Najib was officiating the branch campus of Universiti Teknologi Mara in Raub and had driven a bulldozer at the ground breaking for a new fire station in the town.

The subtext was that his coalition is not about showboating, it is about delivering what the people need.

On Friday evening, Najib turned the tables around. He flew into the old lion’s den where he unveiled a massive tourism boost for the island. It was a hard-to-resist package that he said would make Langkawi a world-class tourist and shopping destination.

The Prime Minister is stopping at nothing to hold on to the island constituency and the package included upgrading the airport to handle up to three million passengers, a premium outlet and shopping enclave, a tourism academy as well as loans to enable small players in the industry to come along. 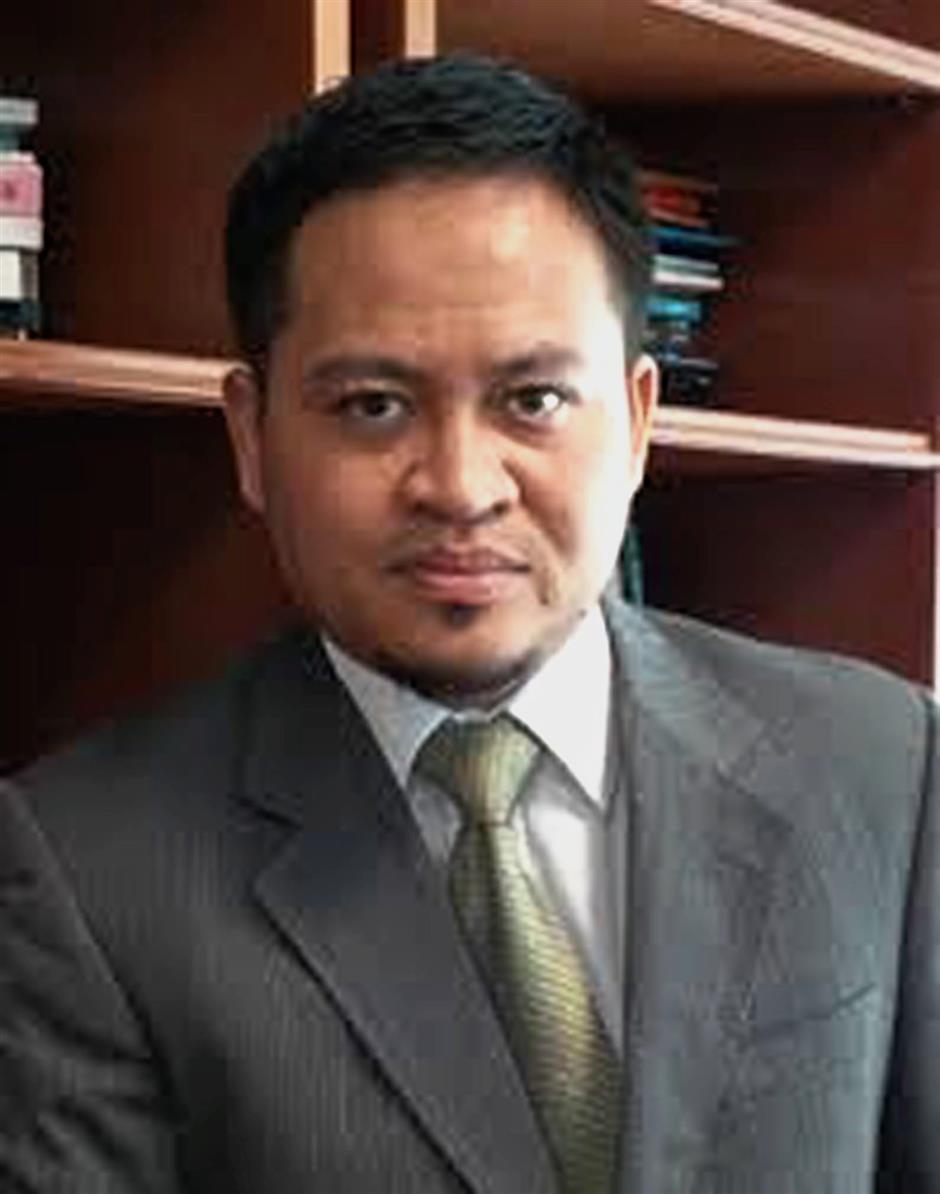 Dr Faisal: ‘Has the Malay swing from Umno gone to PAS or Pakatan?

The opinion out there is that Langkawi is not a sure-win for Barisan’s Nawawi Ahmad. The incumbent has been compared to a small prawn fighting a big fish although the party’s internal surveys suggest that he has a chance against the Pakatan chairman.

Dr Mahathir is equally desperate to win in order to live his dream of becoming Prime Minister again.

His team must be quite confident of his chances because he has not been in Langkawi since nomination day. Instead, he has been all around the country, giving the impression that he is confident of the island’s support.

The stakes are very high in Langkawi. Logically speaking, Barisan should have the edge because Nawawi won by more than 10,000 votes in 2013 when PAS was still part of Pakatan.

But the opponent now is Dr Mahathir and everyone is playing safe, insisting that it is still 50:50 in Langkawi

“PAS has a very strong presence in Kedah and no one can tell how much support Dr Mahathir has managed to take from Umno,” said Universiti Kebangsaan Malaysia don Dr Faisal Hazis.

It is also in Kedah where the three coalitions have almost equal presence and clout.

According to Merdeka Centre there has been a Malay swing of 8% away from Umno. 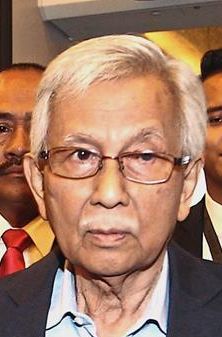 Daim: An uninspiring speaker but everyone is curious about him.

“It is a significant swing, but is it a swing to PAS or Pakatan? The other question is whether the swing is big enough to cause damage?” said Dr Faisal.

Moreover, said Dr Faisal, it is not an across-the-board swing, there is a regional aspect and it varies from state to state.

“The swing tends to be more significant in states like Johor and Kedah where Umno supporters feel they are not switching to a completely strange party – there is Muhyiddin in Johor and Mahathir in Kedah. But in Kelantan and Terengganu, Pakatan is not strong,” said Faisal.

GE14 has been the most highly surveyed election, there is some new survey finding or other every few days and not all of it is pointing in the same direction.

Despite the deluge of information, said a Penang politician, it is hard to read the ground.

Or as political risk analyst Amir Fareed Rahim put it, you think the government is steady or shaky depending on what you get on Whatsapp from day to day.

Merdeka Centre said that despite the Malay swing from Umno, Barisan is set to win the general election and may even do better than before.

A professor from a northern university predicted a hung assembly in Kedah.

Institute Darul Ehsan (IDE), a Selangor government-owned think-tank, said Pakatan will hold on to Selangor with 32 seats, far below its 44-seat victory in 2013.

Invoke, the group run by Rafizi Ramli, claimed that Malay support for Barisan had fallen to only 18% and it had earlier predicted that Putrajaya would fall to Pakatan.

DAP leaders on the other hand have been predicting that a Malay tsunami is coming but not many people are buying it simply because they can see that it is going to be another Chinese tsunami.

But the singlemost factor making GE14 so difficult to read is the multi-cornered fights taking place in almost every seat.

PAS was with Pakatan for two elections and that has made it rather difficult to gauge its Malay support as a solo entity.

Think-tank estimates of the hardcore supporters of PAS vary from a high of 35% in states like Kedah and Kelantan to a mere 15% outside of the Malay heartland.

The irony is that the most highly-surveyed election in history is also the most confusing and difficult to predict. 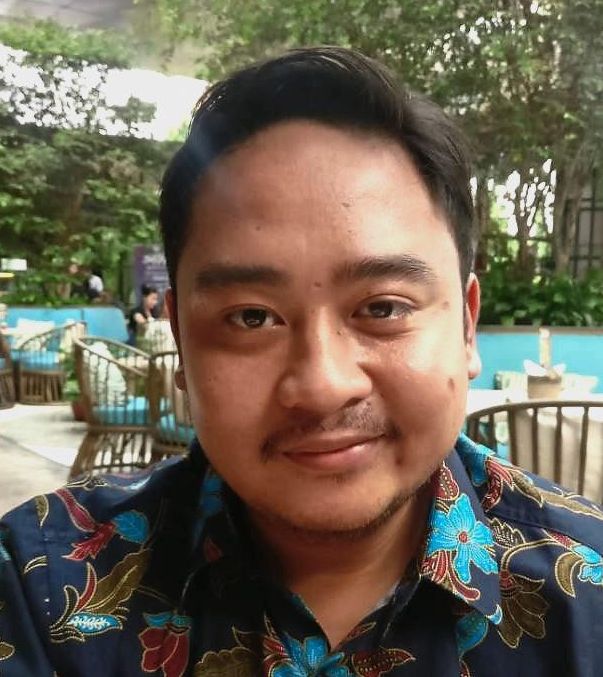 Amir: Pakatan has been unable to fill the gap left behind by PAS.

For a while, Sabah looked as though it would be engulfed by the Warisan wave but after spending time on the ground in the rural parts of Sabah, Dr Faisal is wondering whether the opposition can do as well as it claims.

Barisan still plays a big part in the lives of ordinary Sabah voters. The ruling coalition is also able to make all sorts of goodies fall from the sky and the joke is that there will be three Hari Rayas in Sabah this year - the one going on now as well as Hari Raya Aidil Fitri and Hari Raya Haji.

“The locals call it the bomb, I think you know what I mean,” said Faisal.

Penang politicians admit that they are unable to replicate what they experienced in 2013 and that the euphoria is missing.

“This is what happens when PAS is not around. They are the ones who can bring out the numbers,” said Amir.

Another indicator is that donations from those attending their ceramah is only half of what they used to collect.

The decision of PAS to go solo is also a key reason why there is not going to be a Malay tsunami.

The Malay vote is split three-ways between PAS, Umno and Pakatan and it is moving in three different directions.

This is evident in the massive and purely Malay crowds that PAS president Datuk Seri Hadi Awang has been drawing in the Malay heartland.

Dr Mahathir has become Pakatan’s crowd-puller, but he seems unable to bring on the Malay tsunami.

Instead, his Chinese admirers seem to be growing by the day. The Chinese have turned out in great numbers to catch a glimpse of him everywhere he speaks.

But nothing has been as fascinating as the sight of opposition politicians who have demonised him the last 20 years looking thrilled to bits to be standing beside him on stage.

Rafidah spoke at her first Pakatan ceramah in Malacca on Friday night, wearing a bright red baju kurung and matching lipstick. People rushed to snap pictures of her. They used to slam her as the “AP Queen” but she is their heroine now that she is on their side.

Daim’s return to the political stage has been bizarre to say the least. The opposition used to accuse him of being the “most corrupt Finance Minister” but all is forgiven and he is in great demand on their ceramah circuit.

Like most truly wealthy people, he is not bothered by what people think of him. He turned up at one campaign event in a crumpled shirt and old sweater and looking as though he forgot to comb his hair.

Daim is an uninspiring speaker but everyone is curious about this reticent billionaire who was such a powerful figure during the Mahathir years.

Daim has aged terribly and seemed to have trouble keeping his left eye open. When he appeared alongside Dr Mahathir in Pahang, the elder man actually looked 10 years younger than Daim even though it is the other way around.

Can these Mahathir era figures sway more Malay support to Pakatan or will they add on to the U-turn image of Pakatan?

“Or is Tun Mahathir pressing the panic button?” said Amir.

They may be yesterday’s stars but they have managed to capture the curiosity of the ceramah crowd who want to hear out these “villains” whom they were once asked to hate and whom they are now asked to believe in.

The use of a common logo has also worked to Pakatan’s advantage. It has made it easier for most people who want to support them to mark the ballot paper on May 9.

Meanwhile, Dr Mahathir is still adjusting to life in the opposition lane. At a recent ceramah, he had one of his famous slips of tongue when he urged the audience to support Barisan Nasional.

But make no mistake about it, the old lion is out to bring down the government he has once led. It will not be easy because the younger lion is out to stop him.

Predictions time as EPL makes way for game’s oldest cup competition
Spare a thought before reacting
Of Children, China, and Covid-19
New Year resolution for prevention of ED
Of sackings and suspensions
Fighting inflation in the long-term
Stereotyping Malaysians
Brothers in arms
Aptitude for ineptitude
The night of long knives in Umno