Risk of famine and nuclear war 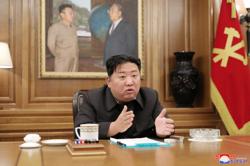 Price of war: A woman standing inside her damaged house after it was hit by a missile in Bakhmut, Donbass in Ukraine. — AFP

THE war in Ukraine, now entering its fourth month, has not only worsened rising food and energy prices across the world but also raised the spectre of the conflict escalating into a nuclear war.

The risk of a global nuclear conflict is now at the highest level since the Cold War, according to the Stockholm International Peace Research Institute, which assesses developments in international security and military spending on conventional, nuclear, chemical and biological weapons.

The more immediate global threat, though, is famine. The World Food Programme (WFP) and the United Nation’s Food and Agriculture Organisation (FAO) have warned that Russia’s war on Ukraine is compounding a wave of collateral hunger which is spreading into a global food crisis that the world cannot afford.

Current estimates show that 49 million people – one and a half times Malaysia’s population – living in 46 low-income countries face the possibility of starvation.

Based on WFP and FAO’s “Hunger Hotspots” report for May 2022, Ethiopia, Nigeria, South Sudan and Yemen remain at “highest alert” with catastrophic conditions while Afghanistan and Somalia have been added to the list. Some 750,000 people are already facing starvation and death.

Countries of “very high concern” include the Democratic Republic of Congo, Haiti, Kenya, the Sahel region in Africa, Sudan and Syria. Benin, Cabo Verde, and Guinea in West Africa, along with Sri Lanka, Ukraine and Zimbabwe have been added to the list of “hotspots countries”, joining Angola, Lebanon, Madagascar and Mozambique.

The report also noted that alongside ongoing conflicts, climate shocks would continue to drive acute hunger with frequent and recurring droughts, floods, hurricanes and cyclones decimating farming and pushing millions to the brink.

The war in Ukraine is continuing ferociously against this backdrop and it is worsening by the day, with the rattling of nuclear sabres between US-led Nato (North Atlantic Treaty Organisation) allies and Russia.

Former Polish foreign minister Radoslaw Sikorski, a member of the European Parliament, asked the United States and Nato to send nuclear weapons to Ukraine to “defend its independence”. He said Ukraine gave up all its nuclear ammunition after signing the Budapest Memorandum on Security Assurances in 1994, which guaranteed the integrity of Ukraine’s borders and sovereignty – and Russia was one of the guarantors.

Sikorski accused Russia of breaking the terms of the agreement by refusing to respect Ukraine’s sovereignty, arguing that nuclear weapons should be returned to Ukraine.

In an immediate response, Vyacheslav Volodin, chairman of the State Duma (general assembly) of Russia, said the demand was tantamount to “instigating a nuclear conflict in the centre of Europe”. He gave this grim warning: “These countries will disappear, together with the whole of Europe.”

The reality is, there would be no winners if the nuclear genie is released from its tightly sealed bottle. A recent simulation of a nuclear conflict devised by experts in Princeton University for such an eventual war between the United States and Russia, using realistic nuclear targets and fatality estimates, predicts the horrific outcome.

The chilling four-minute video starts with Moscow firing a nuclear warning shot and Nato responding with a relatively low-yield nuclear missile. The conflict escalates swiftly and within the first few hours, more than 90 million people are dead. Millions more are killed or maimed over the next months. The world’s climate degrades rapidly with disastrous drops in food production. This results in a global famine that kills most of humanity.

No one knows how or when the Russia-Ukraine war will end but the nuclear rhetoric is intensifying as more and more conventional weapons are being shipped to the country by the United States, Britain and other Nato allies.

This is happening less than five months after the nuclear-armed permanent members of the United Nations Security Council – Britain, China, France, the Russian Federation and the United States – agreed in a rare joint statement that the further spread of nuclear arms and a nuclear war should be avoided.

“We affirm that a nuclear war cannot be won and must never be fought,” the statement read.

Among other things, the countries agreed that as the use of such weapons would have far-reaching consequences, they should only be used for defence and to deter aggression and prevent war.

The countries also reiterated their commitment to the 1970 Nuclear Non-Proliferation Treaty, designed to prevent the further spread of nuclear weapons.

However, none of them agreed to the more comprehensive Treaty on the Prohibition of Nuclear Weapons, which would require them to eliminate their nuclear arsenals.

Despite the benign pronouncements, all have been investing exponentially in the weapons of mass destruction, along with the world’s four other nuclear powers – France, India, Israel, North Korea and Pakistan.

According to the latest report of the International Campaign to Abolish Nuclear Weapons (Ican) titled “Squandered: 2021 Global Nuclear Weapons Spending”, these countries collectively spent US$84.4bil (RM374bil) in 2021 – US$6.5bil (RM28.6bil) more than in 2020.

The report states how much each country spent on nuclear weapons, names the companies profiting from the business and also names the lobbyists involved.

Ican said people are given the impression that the billions spent on nuclear weapons, which could destroy the world many times over, was the price to pay for peace.

“Instead, the billions went to line the pockets of the powerful who profit from the production of weapons of mass destruction. The events of early 2022 prove that nuclear weapons do not guarantee security anywhere, at any time.”