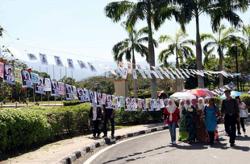 During the debate on lowering the voting age from 21 to 18 - ‘Undi18’ - for which amendments to the Federal Constitution had been passed, a very important issue arose, namely political education. According to the proposer, political education is needed for youths who will vote for the first time when they turn 18, starting with GE15.